An Interview with Terry McMillan

The Waiting to Exhale author talks about her latest book, her vocal fans and Gone Girl's genius. 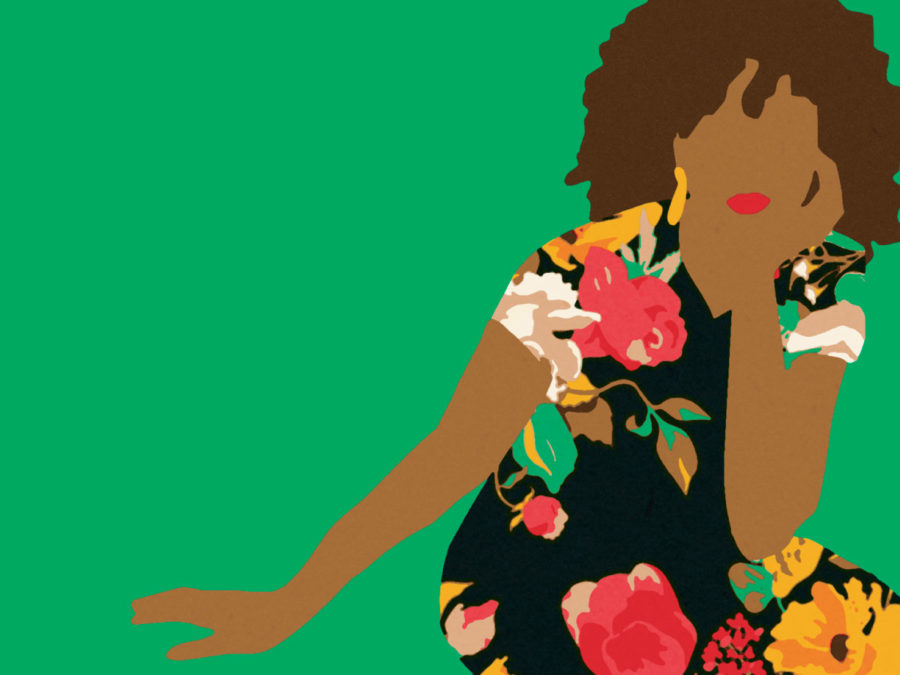 Author Terry McMillan has a razor-sharp wit, an infectious sense of humor and a keen eye for observation—all tools she uses in her writing. Her third novel, Waiting to Exhale, was a #1 New York Times bestseller and went on to become a blockbuster hit in movie theaters. The novel contributed to a shift in popular culture’s consciousness by creating visibility to smart, hard working, thirty-something black women who are successful but unlucky in love.

Since the early 90s, Terry hasn’t slowed down. Her latest book, I Almost Forgot About You, looks at women in a later chapter in life—that moment when you’ve settled into a groove of a comfortable career, home, friends and family—but are curious about switching gears.

Read It Forward’s editor Abbe Wright sat down with Terry to hear about her new book, out June 7, literary fiction vs. popular fiction and what she reads while writing.

RIF: Hi, Terry. Thanks so much for sitting down with Read It Forward. I have been a huge fan of yours since I read Waiting to Exhale and How Stella Got Her Groove Back. How do you feel when you hear your books described as “Chick Lit?”

TERRY MCMILLAN: I find it insulting. Places like the New York Times and book critics, they are the ones who determine which works are important and which works deserve the kind of attention that they go on to receive. The whole thing is very political, and in some cases racist, and sexist. I find it pathetic. But the one thing that I do say, and feel, is that my mother raised me not to let anybody define me. And I feel like that about my own work. I take what I do very, very seriously, and I’m not going to let some critic put a label on my work. I just don’t buy it.

Watch Terry talk more about the B.S. behind the term “Chick Lit.”

A lot of women write about messy, complex and complicated things. Our lives and experiences as women are complicated, and very dense, and on some levels, I think more multidimensional, because we have a whole lot more to deal with. Men don’t have periods. They don’t have babies, and nowadays they don’t have to worry about just taking care of a family. We women do all of that. And so, I find on some levels, our lives are a little bit more interesting.

Back in January, around the time of the Oscars, journalist Mary McNamara wrote a think piece for the Los Angeles Times about the lack of diversity in Hollywood, and why all the Best Picture nominees were about white men triumphing over adversity. It’s either man against man, man against nature, but it’s always man against something. She noted that, in most cases, the Best Actress nominees played roles of homemaker or wife.

She acknowledges that the same problem exists in publishing and the way they delineate what’s popular fiction and what’s literary fiction; some writers (mostly white men) are deemed “significant,” or “literary,” while others (often women) are considered “popular.” I was so thrilled to read that, because when you speak up and your own work is in question, people feel that it’s just sour grapes.

But I don’t care that they don’t consider my work to be literary.

RIF: Terry, your latest book I Almost Forgot About You, is an inspiring story of a woman, Dr. Georgia Brown, who shakes things up in her life in order to find greater meaning. She has a satisfying life—a career, family, friends—but she still feels stuck and restless. She ends up digging back into her former relationships and the things she discovers help her to forge a new path in life: she quits her job, finds a new hobby, goes on a long journey. It’s almost as if the key to Georgia’s future may end up being in these bits from her past. When she turns attention back to them, she can glean whom she’s become from each of these characters that played a role in her life. Was that your intention?

Hear Terry talk all about her new book, I Almost Forgot About You.

TM: Well, I think what she does learn is what she did get from them, but it’s not as nostalgic as it sounds. And I don’t think that it’s as clinical. She doesn’t really say, “Well, gee, this why I’m this way.” It’s more that she’s a grown woman now and she’s acknowledging the role they played in her life. Because often we don’t tell someone that we once cared about—or even sometimes people that we love and still care about—that we love them. Or the reasons why we tell them that we love them aren’t the real reasons. It’s not just about how you make me feel, but it’s the stuff that makes up the person you are; that’s what I really like and admire and respect. Sometimes it’s even hard for the person who feels that way to articulate it, because sometimes you don’t even realize it until that person is gone.

But, in looking backwards, you get perspective, and that’s what this story is about. And I thought it was very healthy for Georgia to go back down memory lane. Now, I don’t know if I would really do it, but I fantasized about it and that’s how the book came about.

Terry talks about her incredibly gritty and resilient characters.

RIF: Terry, one of the things I love about you is that you really interact with your readers on Facebook. What’s something that your readers have taught you?

TM: Respect. They aren’t afraid to tell me, not only what they feel about things when it differs from my own opinion, but also, how they feel about me and about the impact that I’ve had on them. And they tell me why.

All of my followers on Facebook aren’t black, but a lot of them are, and my son is a Stanford University graduate, and that’s a big deal to them. I don’t even know how they know this stuff about me, but people can dig up information. But a lot of my fans are people are in my age group, or they have kids that are my son’s age and they often say to me, “Oh you should be so proud of him.” I am moved by a lot of things they tell me, and how much they share about themselves with me. They trust me, and I admire and respect them.

RIF: That’s so cool. Facebook is really a direct pipeline straight to the women who are reading your books.

RIF: And men, right, of course.

TM: And a lot of white men. I’m not kidding you.

RIF: Cool! Are you able to read other authors’ works while you’re in the middle of writing your own project?

TM: I try to read more when I’m not writing and I read different types of books when I am writing. Mostly, I read a lot of short stories when I’m writing because I want to take a break at the end of the day but I don’t want to get into some big book.

RIF: Ah, so reading short stories helps to clear your palate, so to speak.

TM: Also, I find that if you’re reading an author who is really good and compelling, it can make you very insecure about your own writing. You don’t stop and think well, I’ve sold quite a few books myself. You don’t think like that; you just think who is going to read this shit, you know?

RIF: When you’re writing a new book, does it feel like you have to start from the beginning all over again?

TM: Yes, but that’s the beauty of it to me. To write, you have to dig. You have to excavate, that’s a better word. Writing taps into this part of you that you often don’t excavate, and sometimes, I do it on behalf of a character, when, in fact, it works for me too.

Like with my main character Georgia—I haven’t had a job in a long time but I know a lot of people who are at midlife, who are bored to death, and they don’t know which way to go. That’s what prompted me to want to tell the story.

The thing that I like is when you’re afraid but you do something anyway. It takes a whole lot of something.

RIF: It’s like that great quote; bravery isn’t about not being afraid, bravery is being afraid and still doing it. Speaking of which, are you daunted by the blank page that confronts you when starting a new project?

TM: You know, I don’t really feel daunted at beginning because I think that if you take yourself too seriously up front, it means you’re writing from a stance of superiority. Like, I’m so hot or I’m so great or the first words I write are going to be earth shattering and change the world or something. I have questions and I’m trying to figure out how, as a human being, you answer these questions. You have to start from a low point in order to get to a high point. Writing for me, is all about asking yourself am I willing to go on this journey? And how far is this journey and how long is it? And what don’t I know and what am I willing to find out? That’s the beauty of writing to me, and I can get it wrong which is why they have this thing called drafts. And save. And backspace.

You don’t get a whole lot of do-overs in life, but in writing, in your drafts, you do. You can do it until you get it right. It’s like marriage. You keep trying.

That’s why there are so many writers out here. Everybody has a vision, everybody sees things differently and that’s what I love about books. I can go into someone else’s world and forget about mine. Or I can go into their world, just like I did while reading Gone Girl.

The character Amy was so well orchestrated and well written and I’m reading it, thinking, boy what fucked up people they are. Who would treat each other like this? I’m reading it, and I’m saying to myself, I feel sane. And also, I don’t know if I’d be that girl’s friend. But the great thing about writing is, we don’t have to understand every character and their motives, but we have to be willing to accept them. But, whew, Gillian Flynn—she can write and she scared the hell out of me. 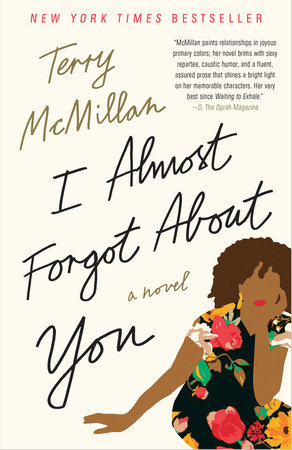 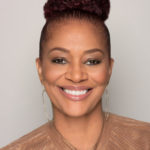 TERRY MCMILLAN is the #1 New York Times bestselling author of Waiting to Exhale, A Day Late and a Dollar Short, and The Interruption of Everythingand the editor of Breaking Ice: An Anthology of Contemporary African-American Fiction.