Hamilton Cain on Growing Up Baptist

The Legacy of Bible Drill
by Hamilton Cain

For three summers between fourth and sixth grades, I participated in Bible Drill, devoting sultry afternoons in preparation for a series of competitions: Church, Association, and State.

I’d flip through a King James version, memorizing swaths of scripture even as I yearned to be outside, splashing around the Cumberland swimming pool, or shooting off bottle rockets in the woods behind my house. Somehow, though, I learned that canonical book cold: the sixty-six books in order (I can still recite them); tales of unscrupulous kings and heroic queens and woe-unto prophets, straight out of a Cecil B. De Mille epic; the more theologically significant passages, from God’s covenant with Abraham to the Great Commission.

At the time it seemed like a tedious chore, inducing a kind of Talmudic lethargy and adding up to little more than my parents’ approval when I sailed through the round of contests. Bo-ring.

I only appreciated Bible Drill much later, when I was a literature major in college, lazily – and futilely, it turned out – dreaming of graduate school.

One semester I took a Milton seminar with a witty Cambridge-educated professor, a delicate English woman in her forties with a hunched back, salt-and-pepper bangs that fringed her bony cheeks. Her frail looks belied a fierce passion for Paradise Lost. I often sparred with her about the poem’s Biblical allusions until finally, at semester’s end, she threw up her hands, a capitulation.

“The sacrifice of Isaac on Mount Moriah!” she said, exasperated. “How on earth did you figure it out? On the other hand, your critical prose needs a lot more work.” She gave me an A- for the course.

Bible Drill helped to boost all those term papers, back in my Selectric typewriter days, when I relied on a hunt-and-peck method. But a more gratifying legacy remains: the lush and intimate pleasures of stories beautifully told.

The Bible teems with them. David, that tireless general, waging war on his own son. Queen Esther, dressing in her silks to meet her husband and to plead for her people’s lives. Mary Magdalene, basking in the presence of the Messiah, her false self peeling away like a snake’s skin. Paul on the road to Damascus, blinded by a vision of the resurrected Christ, peering deep into his own turgid soul for the first time.

From this trove of stories grew a lust for more: Orpheus and Eurydice, Virgil and Dante, Othello and Desdemona, Elizabeth and Mr. Darcy, Leopold and Molly, Ted and Sylvia. Lattices of character and rhythm and mystery, denser and more alluring, branching out from that tap root like the trunk and limbs of an oak, brushing against the face of the human, the divine.

Linguists tell us that narratives are innate in an infant, coiled inside a secret chamber of the mind, ripening in the dark until the moment someone or something calls them forth. The stories I first heard as a toddler came from my parents as they tucked me into a lower bunk: the baby in the manger, those lions and zebras and chimpanzees parading onto Noah’s ark, two by two.

I still recall the hushed cadence of my father’s voice as it stirred an embryonic feeling inside me, one that Bible Drill would shape into an emotion more intricate and transformative, a love wide and deep.

Listen to Hamilton Cain discuss his memoir This Boy’s Faith on WNYC.

Hamilton Cain came to Jesus on a trampoline, or as his devout parents described it, “He just jumped and bounced his way to the Lord.” Growing up in Tennessee in the 1970s and ’80s, he set himself on the path to becoming the best Baptist boy he could be. The veil between the concrete and the magical shimmered all around him, nourishing his soul. Religion was a map to help him navigate his life, to steer away from the reefs of temptation.

Yet as he grew older, Hamilton began to notice fractures and cracks in a world that had once promised sanctuary and transcendence, perils threatening to shatter the protective shell of family and community. Like an escape artist, he cut himself free from his evangelical milieu, and eventually gravitated north, to cosmopolitan New York.

Twenty years later, the smooth flow of Hamilton’s life reversed itself yet again when his first child was born with a grave genetic disease. Thrown into a chasm of confusion and despair, he found the primal voices of his original culture reaching out to him. He picked up that faded, half-forgotten script to see what values, if any, could steady him in the here and now. The result is a story of growing up Baptist, and then growing up. 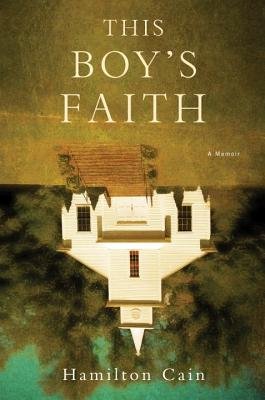