In Christmas with Tucker, author Greg Kincaid brings back one the most endearing characters in his bestselling novel A Dog Named Christmas, sharing the moving story of George, a young boy dealing with the loss of his father, and the dog that comes into his life to offer him hope and a touch of courage.

Greg Kincaid talks with his editor, Gary Jansen, about his touching prequel to the bestselling novel A Dog Named Christmas.

Gary Jansen: Tell us a little bit about the inspiration behind Christmas with Tucker?

Greg Kincaid: In A Dog Named Christmas, there was a two or three page flashback to 1962 when George, one of the book’s main characters, was a boy growing up on his family’s Kansas farm. Later, when I re-read the passage, I found myself wanting to explore that time and setting further. Of course, 1962 was an important year in history. In some ways, it signaled the end of innocence. It seemed perfect for a coming of age story. A big problem for all of us is this “growing-up” stuff. What does it really mean to grow-up and how do we do it right?

GJ: Why did you decide to write a prequel to A Dog Named Christmas? Why not just another chapter in the current story?

GK: When I sat down and had a beer with my characters, this is what they wanted to talk about. They also wanted to make sure I was picking up the tab.

GJ: Tell us a little bit about how you write? Any rituals you do every day? Write at the same time? Those walks….

GK: I love hearing about all of these neat systems that writers work out. I don’t have one. When the grass needs mowing, I mow it. When the phone rings, I get it. When I have time, I write. Not much of a system, but it’s all I’ve got.

GJ: Tell us a little bit about Crossings Trails that appears so prominently in Christmas with Tucker and A Dog Named Christmas? This is a fictional town yes? Is it an amalgam of places you’ve lived or grew up around? What is Crossings Trail’s deep dark secret?

GK: Crossing Trails—yes, an amalgamation of several rural Kansas towns—does have a deep, dark, and rather sad secret. Along with most of the rest of agricultural America, Crossing Trails is gasping for its last breath. As this family’s story progresses in time, not only do the characters change, but so does the town. I am bothered by the loss of our small towns and I wonder if somewhere on the dusty streets of Crossing Trails, Kansas there might just be a way around their demise. Don’t know for sure, but maybe the same values that put these small towns on the map to begin with can also keep them there. I mean hard work, supporting and caring for others, and being a good steward for the ground and livestock they tend.

GJ: Who’s your favorite character in Christmas with Tucker?

GK: Well, I love all of the characters. They sprang right out of my life and I would be hard-pressed to pick a favorite. The dog, the boy and the old man, Big Bo McCray, might top the list. That said—George’s mother and Grandmother are in many ways the most heroic characters of all. In the end, no one character can stand out because this is a story about a family, a community and their love for each other.

GJ: A Dog Named Christmas was made into a Hallmark Hall of Fame movie. How was that experience and what did you like most about the production?

GK: Hallmark is here in Kansas City, near where I live. They did a great job with the story. It was unusual for them to be able to tell a local story and work with a local writer. They told me from the beginning that there was nothing about A Dog Named Christmas they didn’t like or wanted to change. That was almost two years ago when we had that discussion and I’m still smiling. A story starts in the imagination and by some magical process somehow or another finds its way onto the page. That’s awesome. When a story then makes another jump from the page to the screen, it’s really pretty unbelievable—at least for me. When I first heard the actors speaking their lines, I thought,” Hey, don’t they know I just made that stuff up?”

GJ: Tell us a little bit about Petfinder and your relationship with them.

GK: My story telling began about twenty years ago to my three children–a small, but thankfully captive, audience. I guess it beat having to go to bed on time. Being a dad, every story had a message or what my wife referred to, in a not particularly flattering tone, as another “teaching moment.” I still like my teaching moments. I like fiction that leaves you with some bit of information or insight you didn’t have before you picked the book up. In A Dog Named Christmas, my teaching moment was all about the plight of shelter animals. I can’t resist— five million pets come into animal shelters every year and only half make it out. That’s awful! Petfinder is a leader in finding homes for these dogs and cats. They are a great organization and we seem to want to share some of the same teaching moments. They have been good to me and I’m real grateful.

GJ: What’s next for you?

GK: My problem is not coming up with things I would like to write about. There are lots of ideas. I want to do at least one more McCray Christmas book. After that, I would love to try my hand at something different. I have several ideas I’m working on. I’m sure they will carry forward some common elements—probably more teaching moments. I doubt very much that I would want to write anything that doesn’t have a dog or two in it. At bottom, all of my stories are still gifts for my children. But as they get older, I am writing to a very different audience. That opens up more options. 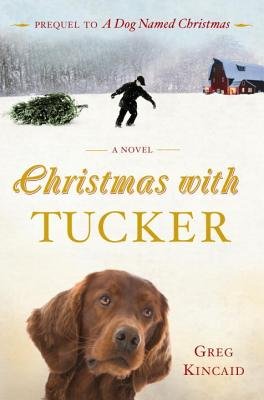