A Conversation with Regina McBride

The author of Ghost Songs discusses her memoir with editor Masie Cochran.

By REGINA MCBRIDE • 5 years ago 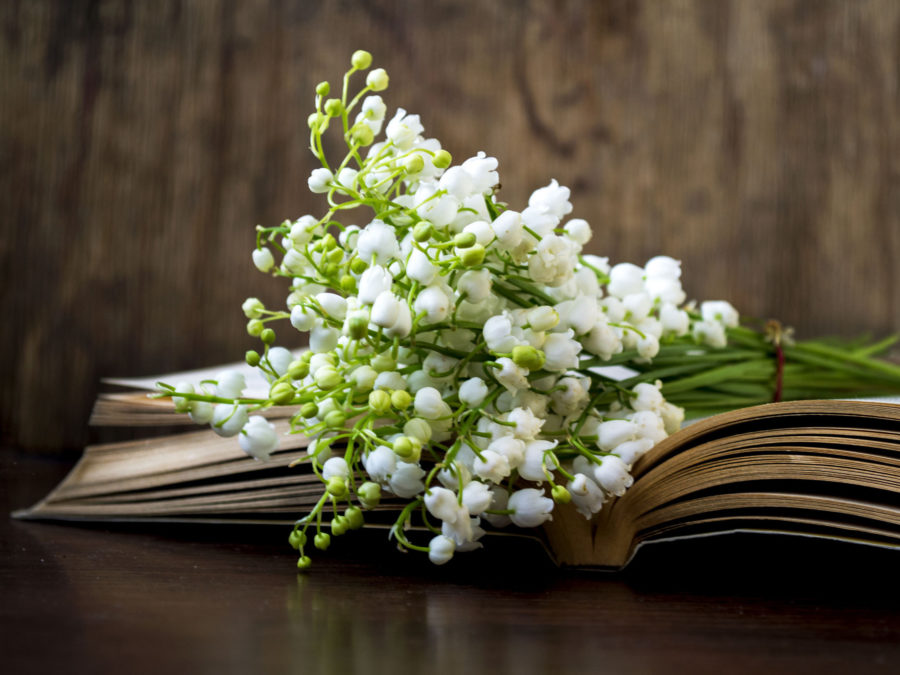 Regina McBride worked on her debut memoir Ghost Songs for eight years. To tell her story—that of a girl who begins to see her parents’ ghosts after their tragic deaths—she needed to relive and re-assemble a painful past. When she found her editor, Masie Cochran of Tin House Books, they forged together into the book’s intensely personal territory, making bold creative choices along the way. The result: a coming-of-age memoir told in fragments of memory, and an unbreakable friendship between author and editor. The following conversation took place between Regina McBride and Masie Cochran days before the publication of Ghost Songs.

MASIE COCHRAN: It was an amazing process working with you on the edits of Ghost Songs. You were incredibly open to trying out inventive structures and storytelling. How was the editing process for you?

REGINA MCBRIDE: I worked on this book for about eight years and wrote several “finished” drafts before it came to you. Years ago, after I knew the first draft (which was very linear) wasn’t working, I happened to reread The Lover by Marguerite Duras (it is called a novel, but there are many who maintain it is a memoir). I marveled at the freedom with which she moved back and forth in time, and wished I could somehow do that and make it work. I tried in subsequent drafts to “free up” the structure, but it was really your bold vision that enabled me to find the emotionally true shape of this book, a forward narrative focused on the six years after my mother’s death, broken all the way through with memories. In some way, you helped me detonate the entire previous structure and look at the new ways the pieces might fall together. I had also struggled for years to find a narrative voice that might offer perspective, some kind of hard-won wisdom from my experience. But the longer I labored for that kind of voice, the more false it felt. I couldn’t look back on my childhood and adolescence with that kind of distance. Writing the book in present tense and without commentary felt true, and allowed the memories to shimmer for themselves. I have always loved Faulkner’s quote “The past is not gone. It isn’t even past.” The structure that you helped me find resonates with that profound truth. The past is always revealing itself in the present moment.

Was there anything particularly difficult?

The earlier stages, before you and I found each other, were the most difficult. There are certain memories that were excruciating to relive, and even now when I reread, I skim over those sections.

I’m probably one of the few people (for now) to have read your story before I knew you. Now that Ghost Songs is out, how have your friends reacted? Family?

The most meaningful response has been from my sister, Tracy, who said she was deeply moved and that she thinks it’s a beautiful and amazing book. Because we lived so much of this together, her words give me a deep feeling of joy, peace even, because I am reassured that I have offered a genuine and honest and loving portrait of our family and of what happened.

Friends have been enormously generous.

I’ve always thought it was remarkable that your memoir was free of blame—you seem to leave any judgment of your parents to the reader. I’m curious, how have readers reacted to your memoir—specifically to your parents?

Kim Stanley (my acting teacher who appears in the book) told me that I should be feeling tremendous rage toward my parents, so I thought for many years there might be something wrong with me because that was not there and I kept expecting it to suddenly surface. As a teenager I felt a lot of anger at my parents, but that was more about rebellion. Stronger than that feeling, though, was a profound confusion and sense of displacement. I certainly have felt anger over the years at different times, and when I think of my siblings and the effect of everything on them, I feel angry. My sisters were abandoned and that is really painful and terrible. Maybe I don’t see myself as having been abandoned, because at seventeen, when my father died, I was already leaving home, trying to make a life outside of that house. Still, rage is not a central emotion around my parents’ deaths. There is, however, an endless well of sadness in me about what happened and about what each of them suffered. I am now more than a decade older than my parents were when they died. I wrote in the book about a maternal feeling my mother inspired in me at different times, a wish that, instead of having my cold, cruel grandmother for a mother, she’d had me so I could have soothed her and helped her. When I think of each of them, I feel a strong wish to comfort them, to offer them tenderness, to somehow heal them.

I also think about the fact that all of this happened in the sixties and seventies. My mother suffered from depression and never should have been given depressants, but that’s what they did then. If she’d lived now she’d have been properly treated with antidepressants and would have had a chance.

Fortunately, I have not heard any insensitive commentary against my parents.

How did you learn to cope with the ghosts of your parents, to keep the enchantments at bay?

In my mid-twenties (after leaving Ireland and moving to New York City) the hauntings became terrible again for a while. I found a wonderful therapist whom I worked with for literally decades (and is someone still in my life) who helped me enormously. I met my husband at twenty-nine and married him when I was thirty-three. Having him there helped, but did not get rid of the ghosts, and I often woke him up at night because I was terrified. It was really having my daughter, a week after my thirty-ninth birthday, that changed everything. There was no room now for that kind of terror. I needed all of myself to take care of her. (She has just turned twenty-one!) I still have to be careful, though. I avoid books and movies with an element of the uncanny in them because that door in me opens again so easily and all of it rushes quickly back.

What was your goal in writing Ghost Songs? Was writing it cathartic?

This is my story and I had a longing to find a way to tell it that might do it justice. It was such a mute part of me for so long. The past has always felt like an explosion that refused to settle. In writing this book, I gathered pieces from that explosion together and began to see cause and effect. It helped me to find clarity.

The writing and editing process was not cathartic. There is, however, an element of the cathartic now that I have some distance from the writing of it and can see the book as a whole, and it is in the world and people are responding to it. It has its own life now and that’s gratifying and amazes me.

I really love the cover of Ghost Songs. Tell me a little bit about the history behind this photograph. Do you think it captures something about your story?

This is one of my parents’ wedding photos, taken in 1954, a black-and-white that has been colorized. This cover feels so organically, intuitively right. I love the wallpaper (which reminds me of rooms they may have lived in as children), and I love that my parents are standing in water. How profoundly that resonates because they felt like exiles in the dry desert of New Mexico. When I look at this image I think of how much they idealized Ireland, and that they yearned for its greener environment, the rain and the tides.  When it rained in Santa Fe, it always felt like a sacred event.

What advice do you have for first-time memoir writers, especially those that are detailing a tragic past?

Go as deeply as you can into your memories. Let yourself relive them through the senses. Details matter: the way the light was at a particular moment; the texture of a curtain or a bedspread; the smell in a room. The physical details awaken emotions; bring the memory richly into the present moment so you can inhabit it again. To write about the past, you must be ready to relive it. 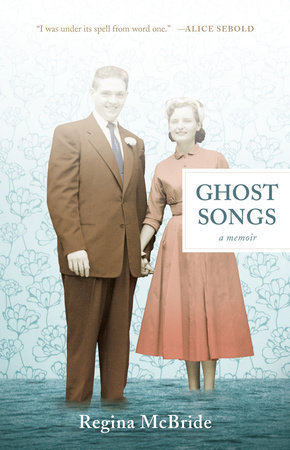 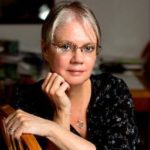 Regina McBride is the author of four novels, including The Nature of Water and Air (a Barnes & Noble Discover Book) and The Land of Women. The recipient of fellowships from the National Endowment for the Arts and the New York Foundation for the Arts, she lives in New York City and teaches creative writing at Hunter College.

Regina McBride is the author of four novels, including The Nature of Water and Air (a Barnes & Noble Discover Book) and The Land of Women. The recipient of fellowships from the National Endowment for the Arts and the New York Foundation for the Arts, she lives in New York City and teaches creative writing at Hunter College.