We invite you to dive in to Lisa Unger’s latest thriller, Heartbroken, now available wherever books are sold. Read the excerpt below and leave a comment with your thoughts!

And don’t miss the chance to chat with Lisa Unger on Goodreads. She’ll be dropping by to enjoy your comments and answer your questions.

Library Journal (starred review): “Will captivate fans of mystery and psychological suspense. This is one of Unger’s best novels yet.”

Publishers Weekly (starred review): “[A] tense psychological thriller… Unger skillfully builds the fissures of each of [her characters’] lives as she illustrates the power of the heart and the corrosive nature of lies.”

Kirkus: “A triumvirate of strong women pitted against a shared past and dangerous future… Unger is a master at building characters that crackle with personality and purpose, and the women in this novel are no exception… Unger knows how to write a taut thriller.”

Chicago Tribune: “Three women are haunted by their pasts in this insidious psychological thriller. Set, quite appropriately, on a claustrophobic island.”

People Magazine: “An idyllic island retreat, a family rife with secrets, creepy bad guys and lousy cell phone reception: Heartbroken has all the makings of a high-wire thriller. But it’s the twisted psyches of its main characters that really unsettle. Birdie Burke, the spectacularly passive-agressive matriarch, lords over Heart Island, where her good-girl daughter stirs up old scandals, and they fatefully cross paths with a waitress drawn to the dark side. Unger expertly shows how quiet betrayals can rupture a life as deeply as an act of violence.”

Star Tribune: “Lisa Unger is one of the few women to first break into the genre of thrillers, then to dominate it.”

Bookreporter.com: “Part thriller, part ghost story, part meditation on what holds us together and keeps us apart, this is a riveting tale of family dysfunction and a ticking clock of bad deeds and even more sinister outcomes.”

LISA UNGER is an award-winning New York Times and international bestselling author. Her novels have sold over 1 million copies in the U.S. and have been translated into 26 different languages. Her new novel, Heartbroken, is available from Crown Publishing wherever books are sold. 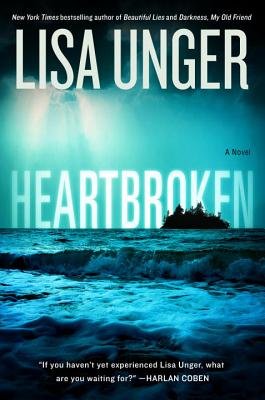