An Interview with Jeff Wilser

In this lighthearted bio of Alexander Hamilton, Jeff Wilser turns the founding father's life lessons into maxims for today. 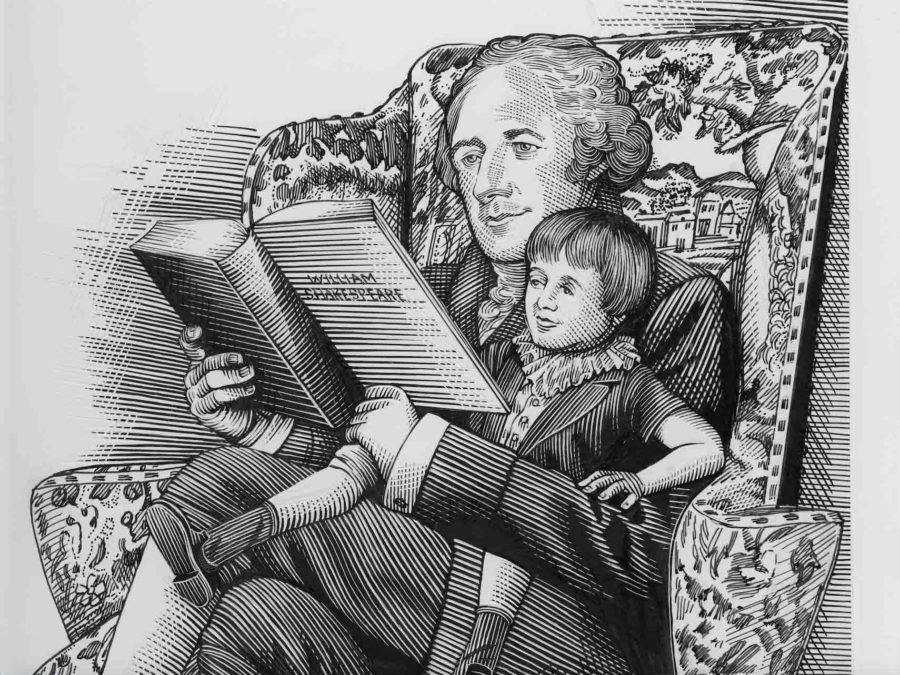 What would Alexander Hamilton do? It’s hard to imagine that the ways the nearly-forgotten founding father lived his life over 200 years ago would have any impact on us today, but Jeff Wilser proves us wrong. In his carefully researched and amusing biography, Alexander Hamilton’s Guide to Life, Wilser breaks down Hamilton’s life story into easily digestible lessons that are applicable in today’s world. These core principles, ranging from thoughts on leadership (Being Right Trumps Being Popular) and parenthood (Put the Father in Founding Father) to romance (Seduce with Your Strengths) show us that the scrappy self-starter’s life lessons are still as wise as ever.

Read It Forward asked Wilser why he was drawn to his subject (hint: Ron Chernow and Lin-Manuel Miranda were involved) and whether the book is just for the Hamil-fan or the history buff, or whether we might all benefit from living our lives a little more like Alexander Hamilton did.

Read It Forward: This book is not only an informative read about the first secretary of the treasury, but it’s also really funny. Did you have a really good time writing it?

Jeff Wilser: It was a blast to write. What’s so fun is that the raw material is so incredible, but most people play it very, very straight. So, it was a luxury for me: “Oh my God, we have our founding fathers doing founding father-y things, and I can just tweak a few things here and there and make it, hopefully, more engaging and fun.” Right?

The research was an absolute delight. I loved sifting through old biographies, and new biographies, and Hamilton’s original letters. I think my favorite part was actually going through and just reading obscure letters he wrote to some brigadier general about having to restock supplies. Often there are little kernels in those letters, that got me thinking, “Oh, okay. This suggests something about his approach to haircuts.” Most proper historians are looking for the big, important stuff. And I am not a proper historian. So, I have the luxury of trying to cull out some of those fun little nuggets that are more about personality and quirkiness than they are about important things.

RIF: Right. And how did you know when it was time to be more straightforward and serious, and then, when you could put it back into your own voice?

JW: I think it’s a balancing act. It was important to me to treat the subject matter with respect. I didn’t want to make some blasphemy about of his life, but as I was writing, it did seem to intuitively become clear, when some subject matters demanded to be kind of spruced up with humor a little bit. And sometimes—for instance, some of the serious stuff involving race relations and slavery—that’s probably not the best time to go off at a bunch of riffs.

RIF: Yeah, you knew when you had room to play with humor and when you needed to be more straightforward in your writing.

JW: One thing I worked very hard to do was to kind of smuggle in a biography. Even though on the surface, it’s these topics about romance, and career advancement, self-improvement, but there actually is a through-line of his life in there.

It starts with more humor, but as the book reaches its emotional climax, I play it straight. I think my hope is, at that point, the reader is invested in an actual kind of gripping story, and his life is so interesting, and that story itself is so compelling, I kind of got out of the way. Toward the end, I made it less about “the conceit of the book,” i.e., the guy’s life, and more, “Okay. We’re now along for the ride. We’re with Hamilton, and let it unfold naturally.”

RIF: Well, if there’s one thing we know from pop culture right now, is that Hamilton is having a moment. Were you interested in Hamilton before he became hot, or is this book really a reaction to the zeitgeist?

JW: It’s a great question. I was interested in Hamilton before I saw the musical, and before he blew up, as it were. My first real introduction to him was through Ron Chernow’s biography Alexander Hamilton. So, the way I look at it is—and not at all to compare the two—but in my own super humble, minuscule, minor way, Lin-Manuel Miranda read Chernow and was inspired to write a hip-hop musical; I read Chernow and was inspired to share the story through a different lens: through the conceit of modern advice, or “What would Hamilton do?”

But, I’m also not living in a cave, and I’m aware that the reason there’s an appetite for this is thanks to the genius of Lin-Manuel Miranda. So, my interest was sparked before that, but I also get that the musical is bringing so much long-overdue attention to Hamilton, which I am very thankful for. 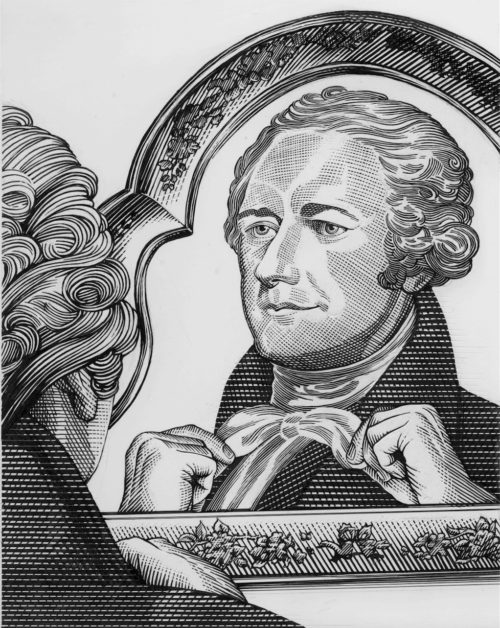 RIF: And it speaks to what character Hamilton possessed, to be able to provide such inspiration for both a hip-hop musical and these life truisms. What a muse!

RIF: So, let’s dive into that. What’s up with Hamilton? Why the obsession, and why is it different than the buzz surrounding other founding fathers? He seems to be his own special breed.

JW: Yeah, absolutely. I think the fact that he comes from virtually nothing is part of what sets him apart. Most other founding fathers started on—if not third base, second base, or at least first, due to their lots in life. But Hamilton, he had to get around all those bases by his lonesome, and I think we all find that compelling.

I think he had a streak of independence and a contrarian spirit that many of us identify with. He often had views that were really unpopular. He rubbed many people the wrong way, but I think many folks now can see that there is something respectable about someone who is willing to not really look at the focus group and I don’t think Hamilton would worry about focus groups. I think that’s part of why he’s so refreshing to us. Chernow once called him the “intellectual spoiling sport” of the founding fathers, and I think that’s a really apt description.

RIF: In this book, you talk a lot about Hamilton’s maxims for his own life. Is there one that you’ve adopted in your life?

JW: Yeah. This one sounds simple, but it really explains so much about him: “Move quick.” He did everything quickly, but also, wildly efficiently and smartly. He was not someone who delayed or procrastinated.

In the past, I have been guilty of thinking, “I can deal with that shit two weeks from now.” It sounds corny, but since writing this book, I have literally thought to myself, “Okay. I’m kind of tired. I want to knock off at 5:00 PM and grab a beer. But would Hamilton do that? He probably wouldn’t…” And so, I actually have, at times, worked longer and harder thanks to him. I have changed my work ethic as a result of Hamilton.

RIF: What’s one of the coolest things that Hamilton taught you, or that you learned about him in the process of writing this book?

JW: Hamilton believed that it’s not mutually exclusive to be rigorous and logical, and also have style and panache. One of his maxims is, “Look the part; act the part.” He wore nice threads! He seemed to understand the merit of presentation, and that the way you present yourself to the world matters. And by looking your best, it doesn’t mean that you are an empty, shallow person.

RIF: We know from reading your book that Hamilton was a big reader. How did books and reading enhance Hamilton’s life?

JW: Hamilton read all the time as a kid, and as a teenager. I won’t play armchair psychologist here, but it’s not hard to imagine that when he lived on the islands full of the slave trade, and his family situation was pretty dicey, at the very least, books were his main escape. I think many people can relate to that. He read, presumably, for pleasure. I mean, he read Alexander Pope, and things like that.

But he also read and retained the stuff he read, often by scribbling notes down in a journal. He collected all of these facts, and he kept reading; kept collecting more facts. And later on, you can almost see moments where he would drop knowledge from things that he’d read, like the Federalist Papers, and essays in The Continentalist.

He would quote passages that he must have read as a thirteen-year-old. Starting as a young teenager, he read serious stuff: history, philosophy, and these economic treatises. That was all kindling for him. I write in the book, “Books are the fuel of his engine-go.” Through reading, Hamilton was able to stock up this arsenal of fact that he later used to defeat his opponents and shape this great nation. 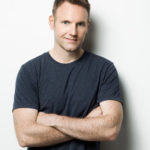 JEFF WILSER is the author of four books, including The Good News About What’s Bad for You…The Bad News About What’s Good for You, named by Amazon as one of the Best Books of the Month in both Nonfiction and Humor. His work has appeared in print or online at GQ, Esquire, New York magazine, Glamour, Cosmo, Mental Floss, MTV, and The Huffington Post. His TV appearances have ranged from BBC News to The View. He lives in New York.