A Conversation with Sulome Anderson

The daughter of one of the world's most famous hostages reveals how his captivity shaped her life. 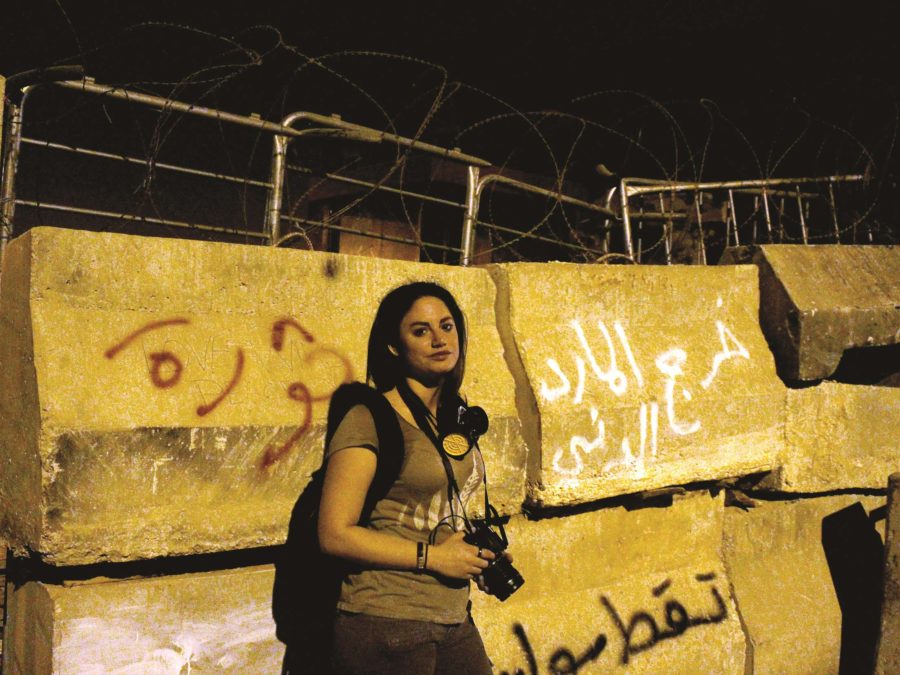 Sulome Anderson’s father Terry Anderson—one of the world’s most famous hostages—was kidnapped in Beirut by a Shiite Muslim militia associated with the Hezbollah movement while he was working as the Middle East bureau chief for the Associated Press. It was March of 1985; Anderson was in utero and wouldn’t meet her father until he was released in 1991, when she was six years old.

The media captured a smiling family reunited, but the family’s personal role in Lebanese Hostage Crisis left them all deeply wounded. Understandably, Terry Anderson was plagued by PTSD and was moody and irritable and the daughter who’d always longed for his return now was unsure about the man before her. As she reached adolescence, Anderson, who was also battling mental illness, numbed her pain with drugs and alcohol and spent stints in rehab. Today, however, she has followed in her father’s journalistic footsteps in the Middle East, often spending long stretches of time in Lebanon, searching for answers about what happened to him and how it shaped her.

In her recently published memoir The Hostage’s Daughter: A Memoir of Family, Madness and the Middle East, Anderson explores exactly what happened to her father and investigates who his captors were and why they did what they did. Simultaneously, she digs deep into her own past to discover just how her father’s captivity affected her own life and how she’s slowly recovered. Here, she tells Read it Forward’s editor Abbe Wright about the process.

Read It Forward: Tell our readers a little about what your memoir The Hostage’s Daughter is about and a bit about what prompted you to write it.

Sulome Anderson: It’s an investigation and a memoir, written in two separate but braided narratives. One of the narratives is a memoir of what happened before and after my father came home to my family, and how my father’s captivity affected my life, personally. And then the other side of it is an investigation of my father’s kidnapping and captivity, where I talk to journalists and ex-U.S. government officials, and ex-intelligence to try and understand why he was taken.

RIF: Your dad was taken in what year?

RIF: And so you didn’t meet your dad until you were how old?

S.A.: Well, I think so many people followed my dad’s story, and then, you know, it was over. All of the news coverage ended with my dad coming home, and everybody just sort of went, okay, well, that’s that, and for me, it was just the beginning of a lot of turmoil, and chaos, and pain. I thought that it was important for people to see the ripple effect of a news event like this. I wanted to show that politics have human consequences, and they just don’t go away. Even after something is “resolved,” it continues reverberate in somebody’s life.

RIF: You say in the book that the U.S. government has been a bit shady in their reporting of exactly what happened to your dad and why. So even though it meant putting yourself in danger as a journalist, why were you so compelled to go and actually speak to some of your father’s captors yourself and really dig deep to find the answers you were seeking?

S.A.: Well, in regards to the government side of things, there was a part of me that was resentful—like this is my story, why are you acting like it’s your story, and you aren’t giving details to me or my father? When he tried to access information on his kidnapping, they would hardly give him anything! So, there was that element of it, like, this is my life, it would be nice if you would be a little more forthcoming with it. And then, when it comes to going to see his captors, one of my goals from the very beginning was to find out why they did what they did, and understand the context of their actions, and what brought them to that place.

When it comes to safety, my job as a journalist is not a particularly safe job. I try to be as safe as possible when I do it, but it wasn’t really out of character for me to do that stuff. It was really important for me because I think it’s rare that you get the chance to confront somebody who has affected your life in that way, and actually ask them why they did it. I think the easy thing to do is to think “they’re monsters, they’re not human,” but I wanted to do something else, which was to find out what led them to the place where they could do something like that to another human being.

RIF: In the book, you tell about meeting one of the men that held your father hostage and you found that he surprised you. What were the most redeeming human qualities that you found in these supposed bad people? I mean, you were able to connect on some level while you were researching and meeting these terrorists, right?

S.A.: To be honest, the connection that I had with him was kind of reluctant, and it was because, when I started speaking to him and building a rapport with him, I didn’t know who he was. And, he’s a Hezbollah official, so we weren’t exactly BFFs, but you know, I’ve interviewed a lot of men like that—militants or violent people, or people who will resort to violence if they have to—and the thing is, out of all of them, he didn’t seem like the worst. He was really welcoming, he was hospitable, and while he was definitely a tough guy and you could tell that he was not afraid to be violent if he had to be, he was polite, and respectful, and for the most part, you know, we got along. I think he liked that I was honest, and I asked him questions that made him uncomfortable, but I think he knew that was my job, and I think he appreciated the frankness.

S.A.: So, as much as a source and a journalist can get along, we got along. Then I found out that he was one of my father’s captors, and I was faced with this huge discrepancy between my idea of him and the experience I had had with him so far. It was hard to reconcile my idea of what he had done, and my urge to dehumanize one of the people who had ruined my life in many ways, with the fact that he honestly—and this is very hard for me to say still—I think he is not a bad person. That was what really was so difficult for me to wrap my mind around, because I think sometimes good people—or not good people, but even someone who’s just not a bad person—can do really bad things, as opposed to someone who’s just evil and does these things for fun, and I think that was what struck me about him.

RIF: You have followed your father’s career as a journalist and you’ve travelled to war-torn countries, you speak to sources that may be putting you in danger, and you speak to refugees and amplify their voices. What is it about this work that you love and you’re passionate about?

S.A.: It’s a complicated thing. From an objective standpoint, I have certain skills that just work well for this job. My personality is very conducive to it. I love talking to people, I love to write, and I have a way of getting people to open up to me. And then I have to admit that there is an element of “let’s see how far I can push myself” for the adrenaline. I think it’s there for all journalists.

But mostly, I’m interested in the truth. I’m watching journalism as an industry crumble. I think a free and robust press is absolutely necessary to the health of a society, and I think we’re watching our society become sick, and part of that sickness is that we don’t have access to the kind of quality news. I think it’s my job to try and make people, especially in America, aware of what’s going on in the world. It is so easy for people in America to just turn a blind eye and completely disconnect from them. These refugees don’t feel human to Americans, because they have no exposure to them. Unless they happen to be a very empathetic person, there’s really no stake in refugees’ wellbeing and I think my job is to make people care about them.

RIF: Have you and your dad discussed the ins and outs of journalism? Does he feel similarly about his career and his history? Is that something that you two have bonded over?

S.A.: Oh, yeah. I think that’s when we started building a bond over journalism after almost a lifetime of not getting along. My dad did a different kind of journalism than I do. He was a full on war journalist. He chased bombs and bullets, and I think a lot of that was adrenaline for him. And he cared a lot about telling the truth about things that people didn’t know. That’s something that my father and I share—we both really care about the truth and we care about telling the truth to people who don’t necessarily want to hear it. We share that value that it’s really important that somebody shines a light into the dark places, I guess, and I think we did bond over it, and we continue to. 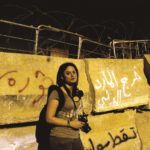 SULOME ANDERSON is a journalist based between Beirut, Lebanon, and New York City. Her work has appeared in New York magazine, Vice, The Atlantic, Foreign Policy, and Vox. She has covered subjects ranging from Syrian refugee child brides to an ISIS presence in Lebanon and has also worked in Egypt and Turkey, where she reported on anti-government protests. Her goal is to draw attention to individuals marked by conflict and remind her readers that these people, whether victims or villains, are as human as they are.