A Conversation with Marlon James

The award-winning author discusses his transition to the fantasy genre with his latest book. 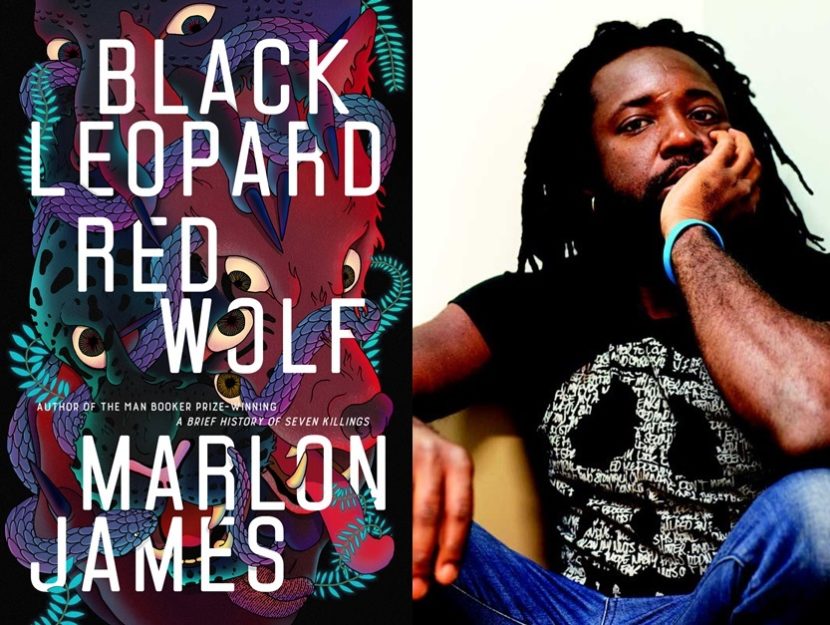 We caught up with Marlon James for a quick chat on all things fantasy, his NYCC experience, making the transition to the fantasy genre for Black Leopard, Red Wolf, and, of course, comics.

Keith Rice: Your next book leads more into fantasy.

KR: What led you down that path?

MJ: With Brief History, the whole story is sort of arranged by a ghost, you know? With Night Woman, when you come from the African Continent, the beliefs that they consider normal or religion, we would consider magic or spiritual or whatever. So, to me it wasn’t necessarily that big a leap. But I’ve always been, I mean, I always knew I’d end up back here. I grew up as a sci-fi kid and fantasy kid. I was watching Empire Strikes Back on TBS and it hit me that I had never seen this film. I knew everything about Empire Strikes Back. I had the clothes sitting there by my bed, the posters, and everything. I realized I’d only actually read the novelization of it. And then I realized I didn’t watch Star Trek Wrath of Khan either, I read the novelization of it. So, even my film knowledge of sci-fi was from books. I think there is something about coming from a place of African myth and being told stories of Anansi Spider, and so on. That world was never really separated from reality. And there wasn’t a point where I grew up and thought, “oh, these things are no longer real.”

KR: What was your favorite part of writing in the fantasy genre?

MJ: My favorite part of writing fantasy is coming across all ancient stories and realizing how crazy they are. I mean, this novel pretty much wrote itself. There’s so many aspects of African mythology that’re similar to European. Almost all mythologies have a giant serpent eating its tail, which is an African myth as well. They all have dragons. But, what was really interesting was the differences. For example, there are vampires and werewolves in African myth. But, they have no problem killing you in the daylight. You know there’s none of this, “I have to go because it’s morning.” High noon, I’m coming for you. And the were-creatures are never the dogs, they’re the cats. So, there’s no werewolf. There’s a were-leopard, hence the black leopard in my book. There are were-lions, there are were-hyenas. The stuff I was uncovering was changing the nature of the book almost every day. So that was always fascinating.

KR: What would you say was the most difficult part?

MJ: The most difficult part was figuring out who should tell the story? When you have things like were-leopards and witches and, you know, and all these fantastical creatures, I couldn’t figure out whose story it was. It didn’t click until someone told me about the plot of this TV show, “The Affair,” which I still haven’t seen by the way. When she mentioned it was different people telling the same story, I was like, “Oh my God, that’s it.” So, the people tell the story. In my book, there are three survivors of what happened, and each survivor’s story is a different book. So part two won’t pick up where part one left off. Part two is almost a reboot. But, I didn’t realize that until two years after I was researching it. I’m sitting alone in my office for a year thinking, “This won’t work. I can’t write this book. I should give up.” Finally, I figured it out the week before classes started (NOTE: Marlon is an English/Literature Professor at Macalester College).

KR: Is this your first Comic Con as an author?

MJ: This is my first! In Minneapolis, we have a traveling comic con called the Wizard World Comic Con, so I’ve had done that. But, this is my first NY Comic Con.

KR: How has the experience been?

MJ: I just want Wizard to know I love them and I’m not saying they’re not a real Comic Con. But, wow, it’s been so overwhelming. I’m like, “Why didn’t I wear my Naruto shirt?” It’s amazing coming across so many un-cynical people. We’re in a genre that requires a lot of make-believe and a lot of suspension of disbelief; it’s almost a kind of faith. You have to have it, and it’s fantastic.

KR: Who are some of your biggest influences in the fantasy genre?

MJ: Some non-fantasy people, like, Gabriel Garcia Marquez. Amos Tutuola’s “My Life in a Bush of Ghosts.” Only in the sense that they wouldn’t have seen the distinction between fantasy and literature, whatever the hell that is. Ursula le Guin. Alan Dean Foster, who’s writing all those novelizations of films and TV shows. I used to read a lot of Frederik Pohl. Tons and tons of comics. Chris Claremont, obviously. Alan Moore. Ted McKeever. Who else? I could go on forever with that. Sci-fi writers: Stanislaw Lem, Octavia Butler, of course. My interest in Octavia Butler came about because I kind of wanted to see things where people like me appear in it. Of course, the granddaddy is Tolkien. It’s funny, writing the book I had to go back and edit out all the times I ended up saying stuff from Lord of the Rings in it. Like I had something where people were saying they don’t do too deep. I’m like, hold on, Helms deep? Maybe I should change that. So yeah, there are so many. Philip Pullman and NK Jemison. There’s always so much fantastic stuff. 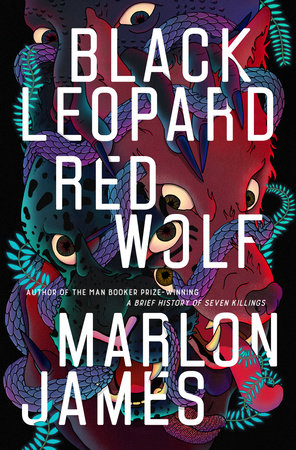 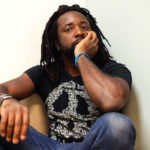 Marlon James was born in Jamaica in 1970. His novel A Brief History of Seven Killings won the 2015 Man Booker Prize. It was also a finalist for the National Book Critics Circle Award and won the OCM Bocas Prize for Caribbean Literature for fiction, the Anisfield-Wolf Book Award for fiction, and the Minnesota Book Award.