A Conversation Between Erin Morgenstern and Rene Denfeld

Erin Morgenstern and Rene Denfeld talk about reality and fantasy in fiction—just who gets to decide the literary truth?

By ERIN MORGENSTERN • 1 year ago 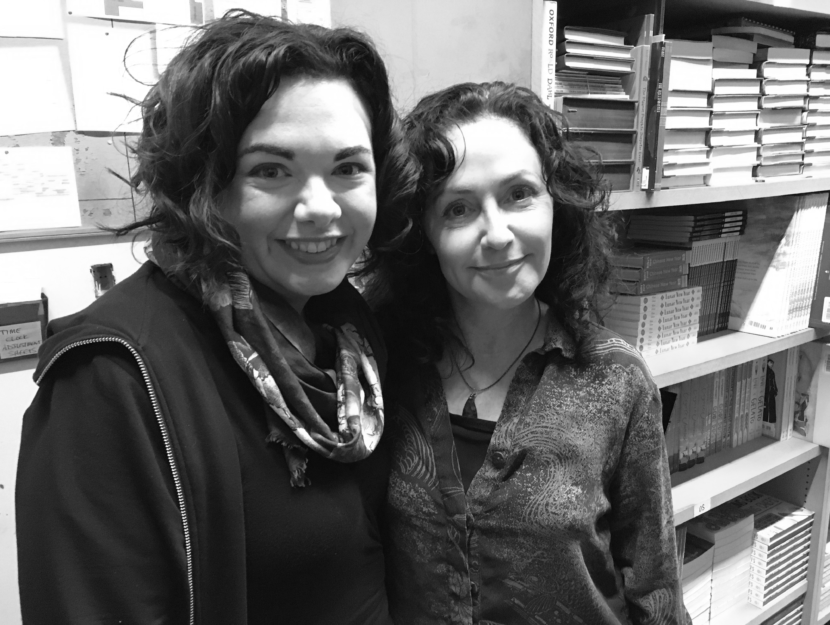 Erin Morgenstern, the author of the New York Times bestselling novels The Night Circus and The Starless Sea, and Rene Denfeld, the award-winning journalist and author of The Enchanted, get together to discuss realistic fiction, magical realism, fantasy, the subjective nature and politics of reality, and everything in between.

RENE DENFELD: I’m so glad to be joining you in this discussion, Erin. I’ve long been fascinated with divisions between what is considered “realistic” fiction and “magical realism” or “fantasy.”

ERIN MORGENSTERN: I sometimes joke that I write “realistic magicism” because I usually have a touch too much magic for magical realism but not quite enough for fantasy. I gravitate toward a fantastical that feels grounded in reality, the real world with a layer of fantastical over it which you excel at. I feel like we have similar sensibilities, but my fantasy layer usually gets dialed up to eleven.

RD: I get it! In my first novel, the narrator is a man on death row. He lives in an enchanted place. There are golden horses running under the prison, and little men with hammers in the walls. I get asked a lot what those visions mean—as if anything unexpected has to be symbolic. Readers get concerned. They worry, surely as the author I don’t believe there are golden horses underground? I remember a reviewer from the UK saying, “the narrator is insane and the author might be too.” Ha. But the thing is, that was the narrator’s reality. I’ve worked with men on death row and being in a dungeon like that—a prison of the mind as well as body—changes reality for people. It’s easy for someone on the outside, with a full belly and the delight of fresh air, to say ‘I know what your reality should be, how foolish you are to believe any different.’ I don’t think we stop to consider how much our perceptions of reality are based on our own experiences. And that maybe we’ve created a canon of so-called realistic literature that doesn’t include other realities.

EM: First of all, I have to take a moment to express how much I adore The Enchanted and how perfectly you managed that real-yet-unreal balance. I understood right away that the reader was getting your narrator’s reality and not the objective version and that’s one of the reasons the book works so well. The lines get so easily blurred with fiction that reads very real and it can be confusing depending on the reader’s expectations. But the page is so open and free from the restraints of actuality it seems a shame to me to not take advantage of it. With The Starless Sea, there are layers upon layers of story-within-story and different versions of the same tales and I’m sure I’ll get questions about which version of the story is “real” but they all are, which is part of the magic of stories: they can be multiple things at once.

RD: This is why I love The Starless Sea. Reading it I felt like reality was a prism. It showed how much of life is this story we tell each ourselves and others, and the stories change, and all of them can feel so intensely real and captivating. What is interesting to me is people’s lives are often very different, but our fantasies tend to run in similar themes. We want rescue, we want to be cherished, we want everlasting love.

EM:  And that’s why you get so many timeless stories running along those themes. The old fairy tales and myths endure because anyone can relate to them. Same with Shakespeare. Deep down everyone understands story structure and the feel of how a fantasy works but we so rarely find it in neat, tidy, story-shaped forms in the everyday world. I’m always fascinated by the desire for life to feel like a story when it can’t, there’s simply too much of it. But there’s a lovely comfort in distilling all the life stuff down to star-wishes and bedtime stories, even ones we tell ourselves.

RD: That’s such a good point. There is so much comfort to story. It’s interesting that we leave imagination to children. There is an innocence, a joy, in make-believe, and I think we intuitively hunger for fantasy because it is magic. It’s full of hope. If there are things so small, they cannot be seen, why can’t there be things too big to believe?

EM: I’m 41 and I still want that sense of joy and wonder for myself and that’s one of the reasons I write whimsical tales for grown-ups. I think the assumption that you have to outgrow those fantastical wants and desires is kind of depressing. One of the things that sparked The Starless Sea was the idea that we live on this planet that we assume has been thoroughly explored but there are so many unknown cavernous spaces beneath our feet still being discovered. There are so many mysteries left for exploring.

RD: I love that. Thinking that we know all this wondrous world is so wrong. We don’t even know ourselves! I’d argue even memoir can be fantastical. Life is interpreted through our own lens. And it changes. Look at the perceptions of our own memories. We are living in worlds that are at once real and make-believe. We really can’t escape either. I think that is astonishingly wonderful.

EM: That’s true and to record anything you must translate it into a form that falls under the umbrella of story whether it’s true or completely fabricated. It’s actually very complicated but in that way that breathing is complicated when you stop to consider the process.

RD: I think fairy tales are very instructive. Where else can you be trapped in a dungeon, held captive, roasted in ovens and still find a way to escape through the woods?  In my second novel, The Child Finder, the narrator says she doesn’t believe in resiliency—she believes in imagination. I agree with that. Having an imagination can be a radical act of hope. It takes imagination to figure a way out of the woods. And in times like this, we need a path through the woods.

EM: There’s a familiarity with those classic fairy tale elements of dark woods and menace wrapped in gingerbread and lost-and-then-found things. Fairy tales also tend to have a darkness lurking beneath or right on the surface. And you can say more with a fairy tale where everything is heightened and intensified and because of that intensity, it can sometimes feel more real than reality.

RD: I suspect part of all these distinctions between fantasy and reality is we are afraid to confront how much we confabulate, make up, alter the facts to suit our own emotional needs. We want reality to be something we can adjudicate, like a court of law.

EM: But it’s not, of course, and sometimes altering and confabulating and trying to translate it into something else or something more helps us come to terms with that reality, or maybe just makes it more tolerable. I do love how humans bring narratives to the world in an attempt to understand it better.

RD: How do we retain our sense of innocence in a dark reality? In my new novel, The Butterfly Girl, the protagonist is trying to do just that. She’s a 12-year-old street urchin surviving through her imagination. The very thing that is saving her is something others would discourage as pretend. Meanwhile, the enemy she faces is reality.

EM: I’ve been working on The Starless Sea for so long that it definitely changed with the time that has passed while I was writing. I think people over-use the term “escapism” when it comes to fiction, particularly fantastical fiction, when it really can become a useful or even essential way of pushing boundaries and working through the weight of the real world as both writers and readers.

RD: If you don’t mind me talking writing process, do you have a method or way you tap into your imagination? As a writer, how do you get there?

EM: Of course, I don’t mind and I think I’m there all the time, really. I always have something running in the back of my head that’s not really happening or maybe just happening somewhere else entirely. The difficult part for me is writing it down and translating all of that stuff in my head into a coherent story-shape. I tend to have spaces in my head, all of this imaginary architecture to explore. I almost always start with place and go from there. Where does the process start for you?

RD: I consider place a major character in the story. All of my novels are centered in place, and the place plays an important role in the story. In The Butterfly Girl, for instance, the place is the streets of a downtown skid row. It sounds sordid, and it is, but the children who live there find magic too. It’s a world some would say that we know, but I don’t think that is the case at all. There are things to learn there, there are revelations. I’ve been honored to talk to you. Thank you! I’m so excited about The Starless Sea.

EM: The honor is all mine! Thank you so much. 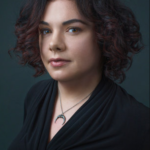 ERIN MORGENSTERN is the author of The Night Circus, a number-one national best seller that has been sold around the world and translated into thirty-seven languages. She has a degree in theater from Smith College and lives in Massachusetts.