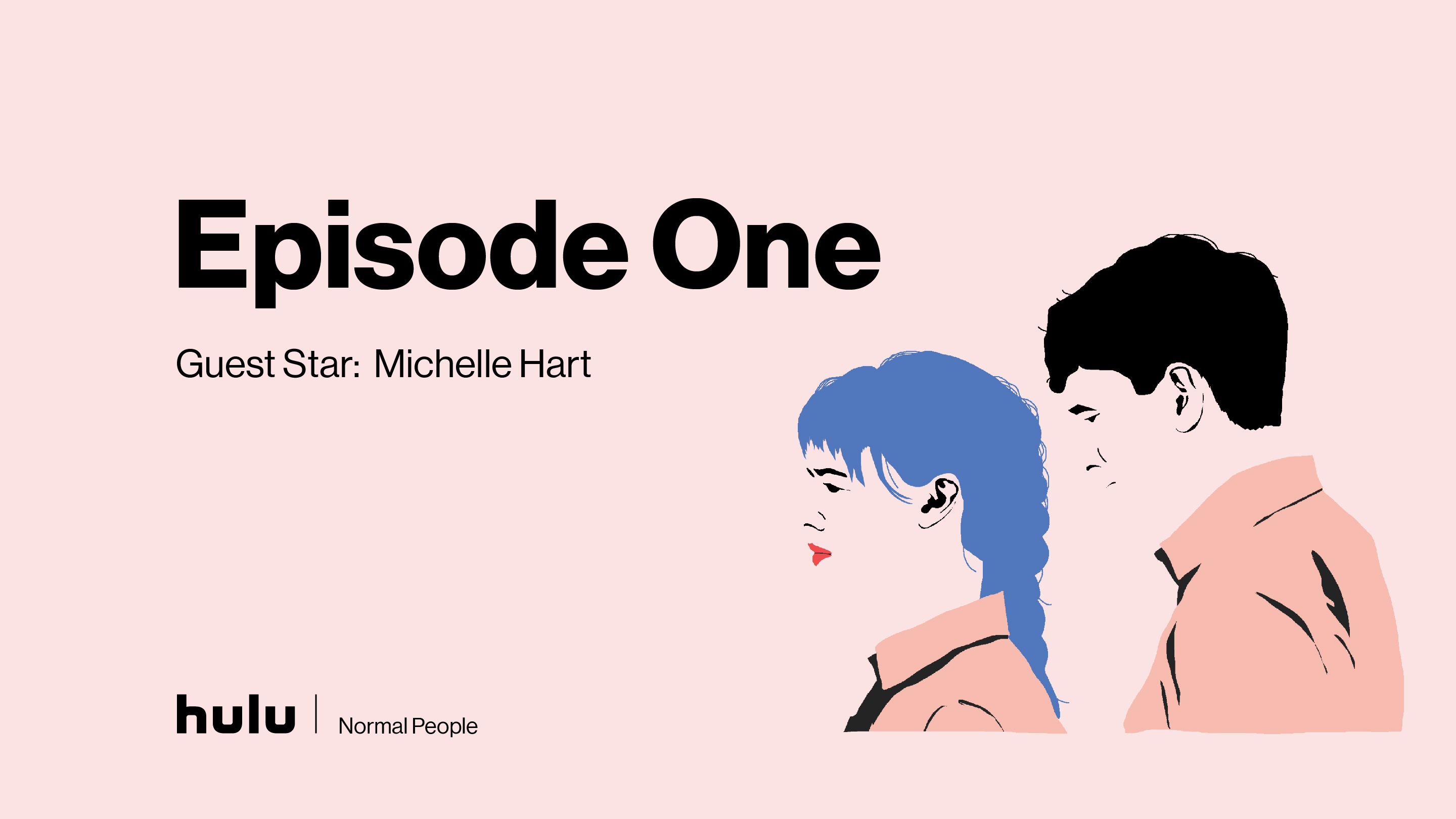 April 25, 2020 - On season two of The Adaptables, Abbe and Emma chat about the Hulu and BBC adaptation of Normal People by Sally Rooney. To kick off episode one, they’re joined by Michelle Hart, Assistant Books Editor at O, The Oprah Magazine.

Abbe, Emma, and guest Michelle Hart, Assistant Books Editor at O, The Oprah Magazine, discuss the pressure of reading a highly-anticipated follow-up to a beloved book, the joy of short episodes of TV, the power of longing glances, and more.

-Intro (:01–1:15)
-Emma, Abbe, and Michelle break down their relationship to the book, as well as to Sally Rooney’s first novel, Conversations With Friends (1:15–5:38)
-Emma extols the virtue of 30-minute-long television (5:40–6:40)
-Episode recap (6:40–9:27)
-Major themes, including the use of visual mirroring between Marianne and Connell, the negotiation of their secret relationship, and their shifting power dynamics (9:30–15:10)
-Is Marianne’s brother, Alan, the ultimate villain of episode one? Plus more dissection of the familial relationships. Impromptu inaugural meeting of the Lorraine Fan Club (15:10–18:30)
-Casting the major characters from the book for the screen, Marianne’s gentle humor, and the intricacies of Gaelic football (18:30–23:55)
-The use of close-ups and longing gazes to establish Connell and Marianne’s intimacy (23:55–27:33)
-Cringeworthy high school moments, the negotiation of Connell and Marianne’s romantic relationship, and the use of music—and silence—in the show (27:34–29:59)
-Eroticism in the book and the show and how author Sally Rooney approaches sex scenes (33:00–35:30)
-What Michelle is reading now and the adaptation she loves (35:30–37:58)

Read the full transcript of Michelle’s interview with Sally Rooney on OprahMag.com here!

✂ In the pilot, we see Marianne’s fringe as a curtain for her super expressive eyes, and those eyes are doing a LOT of character work here.

The Adaptables is a podcast from Read it Forward and Penguin Random House that dives into your favorite book-to-screen adaptations. This season, we’re watching the Hulu and BBC adaptation of Normal People by Sally Rooney. Join hosts Abbe Wright and Emma Shafer as we interview authors, insiders and each other, about what makes an adaptable great, why watching and reading are important self-care rituals, and the many other books and shows we are binging and loving right now. Because at The Adaptables, we love to watch what we read. (Warning: there will be spoilers!)

NEXT UP: Emma recaps episode 2 with guest Alli Hoff Kosik, host of the SSR Podcast.