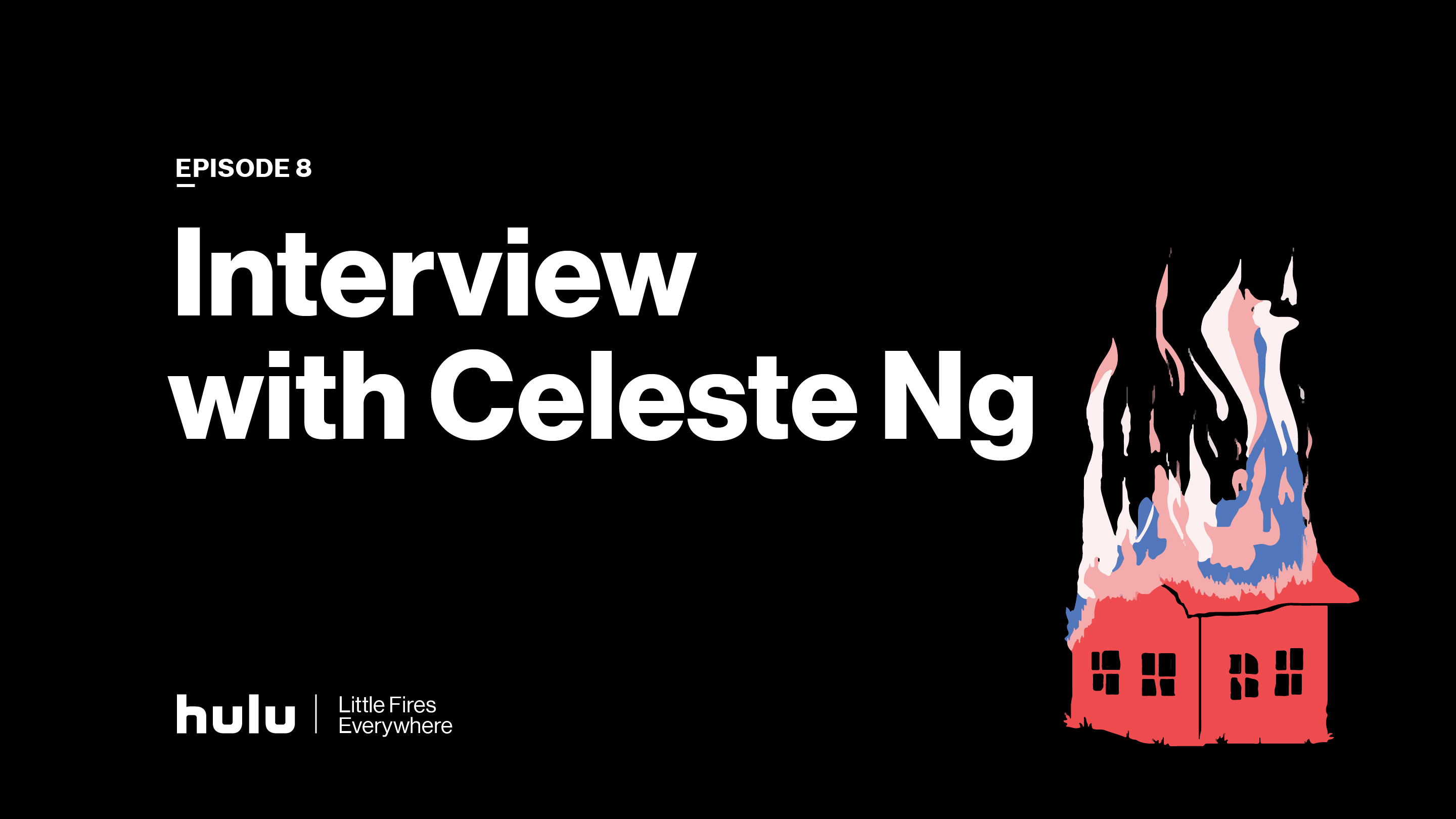 April 20, 2020 - Abbe sits down with Little Fires Everywhere author Celeste Ng to discuss her thoughts on the Hulu adaptation of her novel.

Reese and Kerry embody her characters, watching the house burn, trusting a team of women to tell her story, Joshua Jackson’s dad energy, and more.

An adaptation is like a cover song. You know the melody, you love it, there's something about it that reaches you. But then you get to hear another band or another artist put a different spin on it, put a different sound to it and you hear it it in a whole different way and different parts of it jump out at you. So for me, that's part of the fun, is just to get to see how different people look at it through a different lens. —Celeste Ng

NEXT UP: We’ll recap episode eight, the finale, with Mira Jacob, author of Good Talk.