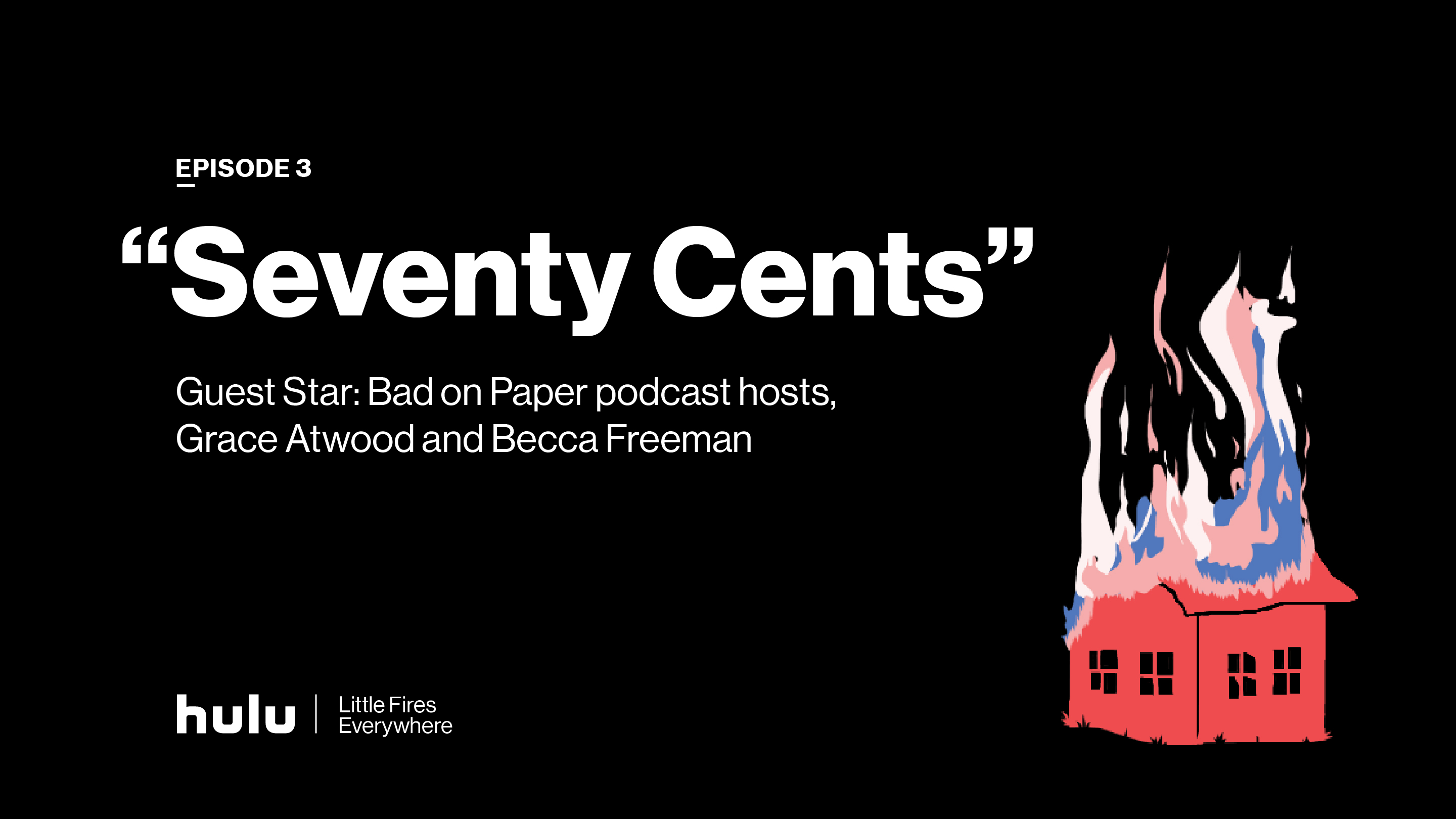 March 18, 2020 - Abbe and Emma are dishing about episode 3 of Hulu's Little Fires Everywhere adaptation, alongside Grace Atwood and Becca Freeman of the Bad on Paper Podcast!

On this episode of The Adaptables, Abbe and Emma dish about episode three of the Hulu adaptation of Celeste Ng’s bestselling novel, Little Fires Everywhere. They’re joined by Grace Atwood and Becca Freeman from the Bad on Paper podcast!

Abbe, Emma, Becca and Grace discuss awkward dinners at The Richardson household, the importance of that perfect dress for the homecoming dance, the stigma that every woman wants to be a mother, 90210, Joshua Jackson (duh), and more.

Grace and I both have talked on our podcast multiple times about the fact that neither of us probably want children. I feel like that's even a stigmatized thing to say even now...and if you rewind 22 years, I can only imagine what a stigmatized choice not having children would have been back then.
—Becca Freeman

– Flashback to December 1996, where we see Bebe struggling with her infant daughter
– Lexie steals Pearl’s experience for her Yale essay; Brian admonishes her
– Mia has been talking to Bebe about her infant daughter, whom she left at a firehouse. Bebe wonders if she’s even still the baby’s mother
– Lexie and Pearl grow closer, shopping together
– Izzy trying to rewrite the script about what’s being said about her at school
– The Homecoming dance!
– Lexie and Brian having sex in the limo
– A 1st birthday party for Mirabelle, the adopted daughter of Linda and Mark McCullough, thrown by Elena
– Mia invites herself to the party in order to figure out if Mirabelle is actually Bebe’s lost daughter, May Ling
– We learn something about Izzy and April’s friendship fracture
– Bebe crashes the birthday party and sees her daughter again, in the arms of another mother

NEXT UP: We’ll recap episode four with Camille Perri, author of The Assistants and When Katie Met Cassidy, and Quan Barry, author of We Ride Upon Sticks.