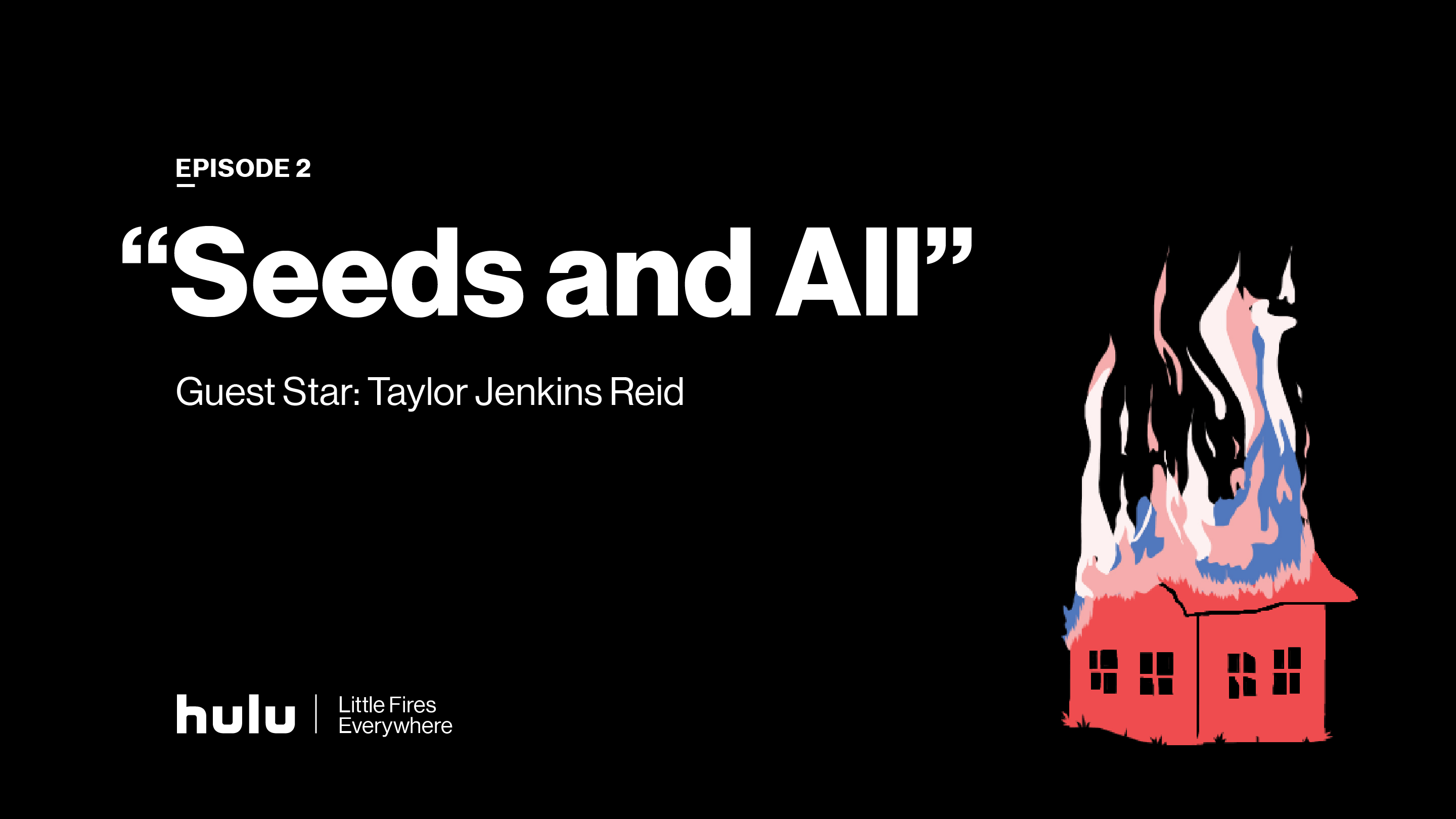 Abbe, Emma, and Taylor discuss the forthcoming adaptation of Daisy Jones & The Six, mother/daughter drama, the enduring wisdom of Fiona Apple, The Vagina Monologues, meatloaf with Ritz Crackers, and more.

It was so beautifully effecting and such a great way of describing the pain of loving someone who's walking away from you. That's what childhood is. —Taylor Jenkins Reid

– First day of school at both the Warren and Richardson households
– Izzy’s nervous about her first day of high school
– Izzy is bullied with the Ellen TIME magazine cover and comments in orchestra class
– Pearl is trying to get into a harder math class and is meeting opposition from the school
– Elena runs a background check on Mia because she’s wary of her new house manager
– Mia asks her Lucky Palace boss to fake a tenant reference for her
– We are introduced to Bebe’s character, Mia’s co-worker at Lucky Palace
– Elena’s Book Club meets to discuss The Vagina Monologues
– Mia rescues Elena during book club and helps her sound smart
– Izzy snaps at her orchestra teacher and defends another student
– Bebe gets upset over a table at Lucky Palace
– Cliffhanger: we find out that Bebe once had a daughter, but we aren’t sure what has happened to her

NEXT UP: We’ll recap episode three with Grace Atwood and Becca Freeman from the Bad on Paper podcast!