The romance novelist never turns down a good mystery—and knows just how to sum up a chocolate cake. 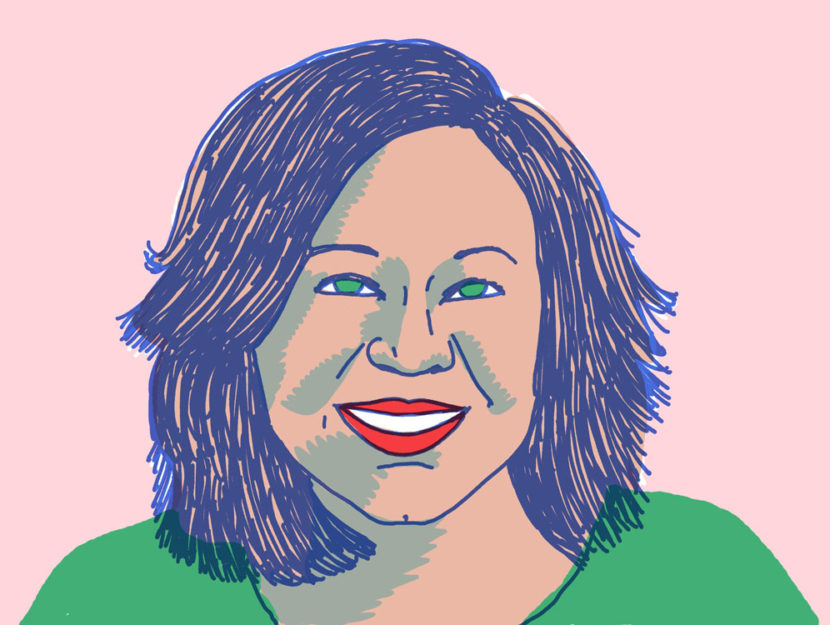 Jasmine Guillory’s newest novel, The Wedding Party, brings back familiar faces with the characters Theo and Maddie, two bridal party members bound by their duty to their best friend, Alexa, and their hatred of each other—or so they think.

Following an adventurous evening, Theo and Maddie are drawn closer to each other in secret romantic rendezvous, all the while hiding the true nature of their relationship from Alexa and trying to figure out what lies ahead for each of them.

Recently, Jasmine spoke with Read It Forward, cluing us in on her adoration of Agatha Christie, the genre she binges and the one she can’t do without, and why Samin Nosrat has a place of honor in her cookbook collection.

I often go in spurts of reading a lot of mysteries. I'm reading one of Agatha Christie's old books right now, The Murder on the Links.

The Warmth of Other Suns is a book I tell so many people to read. It's nonfiction about the Great Migration in America, when Black people moved from the South to the North and the West. Reading that book taught me so much about America and also my own family. I had always wondered why both sides of my family were from Louisiana and then both sets of grandparents moved right around the same time to Oakland. This book taught me why, but there's so much in the book that was truly fascinating, and I learned so much.

Oh, this is such a good question. I think I would have a very good conversation with Tayari Jones, Toni Morrison, and Roxane Gay. I would love to talk about books with the three of them. I feel like I wouldn't say anything; I'd just listen to them talk and I'd be very happy.

I love the word clash, like when it's used about rain falling or stuff like that. It has such a good, evocative sound to me. I don't think I've ever used it in my writing, but I love when other people do. Most words people hate I don't mind, like I know a lot of people who hate the word moist. I think it's fine. How else do you describe a good chocolate cake? I don't think I really hate any words.

I give a lot of cookbooks as gifts. I've given Salt, Fat, Acid, Heat to a lot of people. I bought it for myself first and then gave one to my dad. I've given it to friends, to other family members, and it is such a great cookbook for learning how to make your cooking just a little bit better. We're learning so much about cooking, and the illustrations are amazing. It makes you a more intuitive cook than just a normal book of recipes.

I've read so many books that have stuck with me, but I feel like Ballet Shoes was one of my favorites as a kid that I still reread a lot as an adult. I have at least three copies of it somewhere around my house, and I was so excited because it was just a few months ago that they released eBooks of all the Shoes books. I kept checking back every few months to see if they had them—a lot of times, especially my favorite books, I buy electronically even when I have them in other versions. I want to have them with me wherever I am.

Oh yeah, I have so many. I love you, East Bay Booksellers, which is my local bookstore in Oakland. There are a few bookstores in LA that I love: The Ripped Bodice, which is a romance bookstore, and I also really love Skylight Books; I actually had a scene set there in The Proposal. And then there are a bunch of great ones in New York. Books Are Magic is so wonderful. In D.C., Politics and Prose is great. East City Bookshop is just the cutest bookstore, and it's women-owned, which is so fun. I love going to different cities and really discovering the bookstores there.