The Fight Club and Choke author reveals the book he's re-reading for the hundredth time. 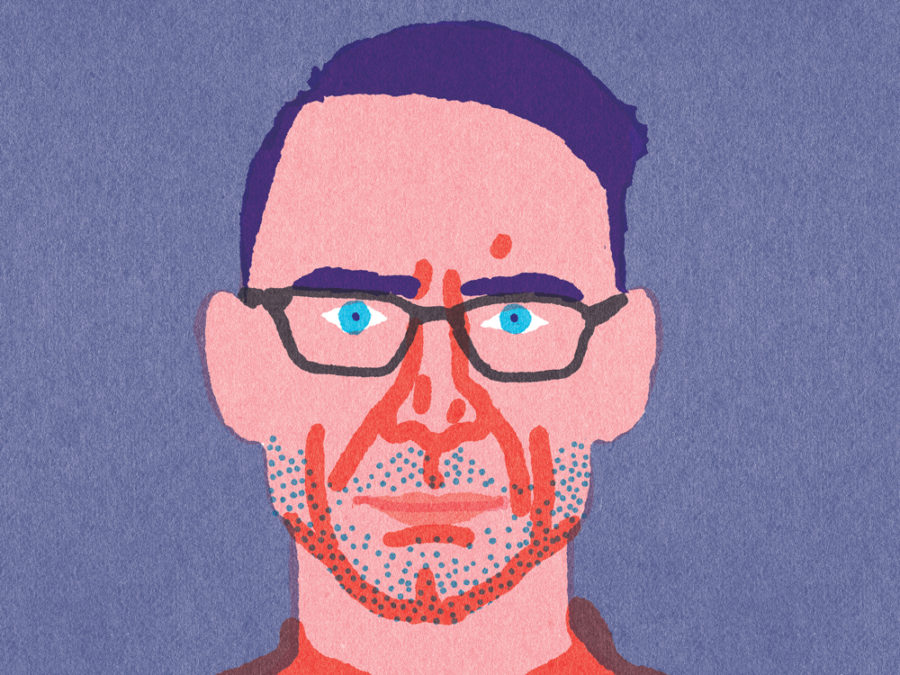 Chuck Palahniuk is a master of dark and twisted fiction. There’s Fight Club, which was adapted into the cult classic film directed by David Fincher, and other novels Choke, Lullaby, Invisible Monsters, and Diary. Over 70 people have fainted during readings of his short story “Guts,” which begins with the narrator telling his listeners to inhale deeply and that “this story should last about as long as you can hold your breath.” We chatted with Chuck after his recent publication of Fight Club 2—a graphic novel continuation of his 1996 book—and Bait, a coloring book of off-color stories. He shared with us the books he loved as a kid and the authors (two dead, one living) he’d want in his ideal writing group.

I’m re-reading The Grapes of Wrath for the hundredth time. I recognize something new every time I read it because as a writer I’m reading it more and more for craft instead of the illusion of reality. So, I’m analyzing, you know, why Steinbeck chose to move from this image to this image and what’s the purpose of this passage? And why does this passage work?  For example, the long chapter about selling used cars is unlike any other chapter in the book. But it’s so engaging that we don’t notice that it’s kind of an aberration. It’s so different and we forget about it, but it works.

Boy, as a kid—I loved the Encyclopedia Brown novels. I loved being able to problem solve. I think that’s still the most appealing part of being a writer—creating these arbitrary problems, then make them enormous and then somehow find a way to resolve them beautifully. And once I went through Encyclopedia Brown, I read all the Ellery Queen novels.

I’d want to see Nathanael West who wrote The Day of the Locust. Oh, if I may say, Fran Leibowitz, …and you know who else I’m thinking of? Patrick Dennis, the man who wrote the Auntie Mame novels, which were enormous sellers in the ‘50s. Dennis was one of the top writers in America and wrote this huge array of novels. Then when his books when out of print, he retired and became a butler—actually, at one time, for Ray Kroc, the CEO of McDonalds—and did that until he died.

We’re basically in a critique group. We read our work to one another to test whether the premise works and also to test the clarity of it and to look for potholes.  And we help each other really on every level.

Last October, I released a book called Bait: Off-Color Stories for You to Color. Nobody’s ever done a really gorgeous, beautifully-bound collection of stories, all illustrated by famous and brilliant illustrators. This fall, I’m publishing Legacy: An Off-Color Novella for You to Color, which comes out in November.

Since Fight Club 2 is in graphic novel format, I chose my favorite people from working on Fight Club 2 and I put together a collection of truly outrageous, offensive, challenging stories and asked them to do anywhere from six to ten illustrations for each story. They’re black and white and they’re meant to be colored in by whoever receives the book. For Legacy, I worked with illustrators Mike Norton and Steve Morris, whom I worked with on Bait.

In Bait, they’re all stories about parents and children. Some of them are fantastically dark, but they all have redemptive endings. Legacy is a novella about an amoral investment banker who receives an inheritance promising immortality. There’s also a flame-retardant stripper, a ruthless stalker, and a horde of other aspiring immortals who are dead set and bloodthirsty in their desire to separate this guy from his destiny. Legacy is one part Art Bell, one part Carl Jung, part George Noory, and right brain from cover to cover. All cultures have their myths about attaining immortality, but Dark Horse, Mike, Steve and I are the first to slap such high culture anthropology into the low culture world of coloring.

The Folly of Loving Life, Monica Drake’s collection of short stories. They’re beautiful stories. Her novel The Stud Book is also a favorite of mine. 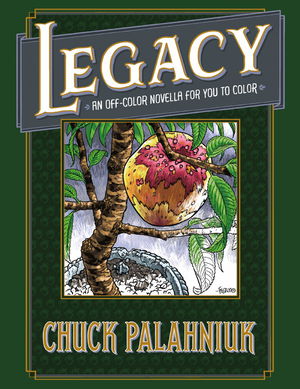 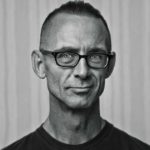 CHUCK PALAHNIUK's ten previous novels are the bestselling Fight Club, which was made into a film by David Fincher; Survivor; Invisible Monsters; Choke, which was made into a film by director Clark Gregg; Lullaby, which is currently in development for film; Diary; Haunted; Rant; Snuff; and Pygmy. He is also the author of Fugitives and Refugees, a nonfiction profile of Portland, Oregon, published as part of the Crown Journeys series, and the nonfiction collection Stranger Than Fiction. He lives in the Pacific Northwest. Chuck’s Make Something Up, a collection of short stories and one novella, was released in 2015, and Fight Club 2, the follow up to the enormously successful Fight Club, debuted in June 2016 from Dark Horse Comics. He has followed up with Bait: Off-Color Stories for You to Color and Legacy: An Off-Color Novella for You to Color.
[email_signup id="4"]
Great! You've signed up successfully!
We are experiencing an error, please try again.