The Irish writer unfurls a least-favorite word and sums up the everlasting power of Shakespeare. 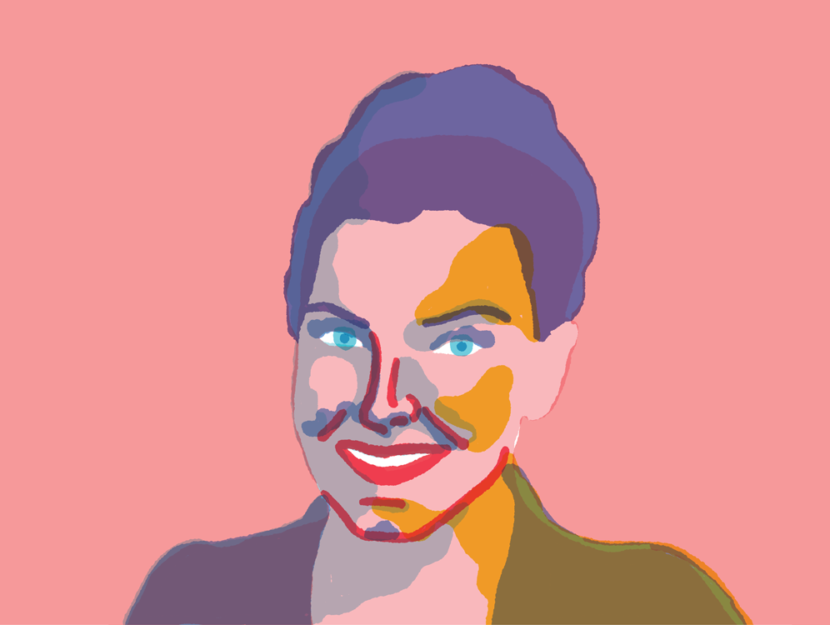 In Caoillin Hughes‘ dazzlingly original debut novel, Orchid and the Wasp, introduces a heroine of mythic proportions in Gael Foess, a tough, thoughtful, and savvy opportunist determined to live life on her own terms. Raised in Dublin by single-minded, careerist parents, Gael learns early how a person’s ambitions and ideals can be compromised— and she refuses to let her vulnerable younger brother, Guthrie, suffer such sacrifices. Written in heart-stopping prose, Orchid and the Wasp is a novel about gigantic ambitions and hard-won truths, chewing through sexuality, class, and politics, and crackling with joyful, anarchic fury.

Recently, Caoillin spoke with Read It Forward about a favored book that transcends cultural times, the power of passing along poetry to others, and why she’ll always be the tactful one in a room.

The book that I literally just finished was Siri Hustvedt’s The Blazing World. I was really interested because of the art scenes in Orchid and the Wasp. She's a really intelligent writer, and there's a density about the writing that I really enjoy. I'm looking forward to Ottessa Moshfegh's My Year of Rest and Relaxation. The cover alone! I love her short stories, but the cover is so good.

I'm with at least six billion other people on the word moist. Words that I love—eviscerate is a good word, and I like the word tact. It's something about how it looks like what it is.

I would give the two poetry books that won all the prizes: Ocean Vuong's Night Sky with Exit Wounds and Sinéad Morrissey's On Balance. Sinéad Morrissey has been my all-time favorite poet all my life. It's bizarre that she's alive when I’m living, and I really think her poetry is something else. I often gift poetry books because a lot of people wouldn't have poetry otherwise in their lives.

Hamlet. I know that sounds really pretentious, but it was the first work of literature that I lived inside of for years. I suppose, like all precocious kids, I saw myself as a little bit identified with Hamlet. I used to write lines from it all over my room. I loved the idea that a single line or a couplet could carry on and on in its resonance and meaning—that you could go back to it and see something new.

Oh, what a cruel question. I would choose fiction over poetry because you can find super poetic novels. Grief is a Thing with Feathers was a novel, apparently, but that's like a prose poem to me. There are novels you can find that satisfy the desire for that angle and that kind of realism. Half of my education came by way of fiction, so I believe fiction does a pretty good job of informing us about the world.

I loved Stay with Me by Ayobami Adebayo, and I read that on a flight. That was one of those books perfect for a flight, in that you wanted to live the whole story in one go. It spans a bit of time, and it has a large story, in the sense that you see into these people's lives and not just a moment—but the arc of that story is very singular, so it's a satisfying book to read in one sitting if you can. 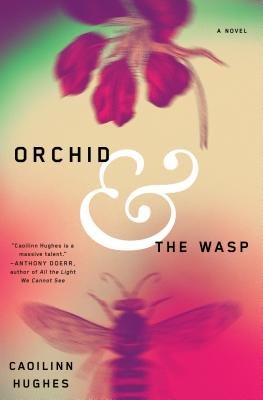 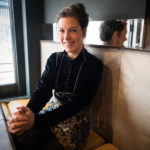 CAOILINN HUGHES is an Irish writer whose poetry collection Gathering Evidence won the Irish Times Shine/Strong Award. She is a fellow of the James Merrill Foundation, the Bogliasco Foundation, the Tin House Workshop, and has received a Literature Bursary Award from the Arts Council of Ireland. Her work has appeared in Tin House, Granta, POETRY, Best British Poetry, BBC Radio 3 and elsewhere. She divides her time between the Netherlands and Ireland.
[email_signup id="4"]
Great! You've signed up successfully!
We are experiencing an error, please try again.