The authors (and siblings) dive into the childhood books that shaped them and the surprisingly moral teachings of The Gunslinger. 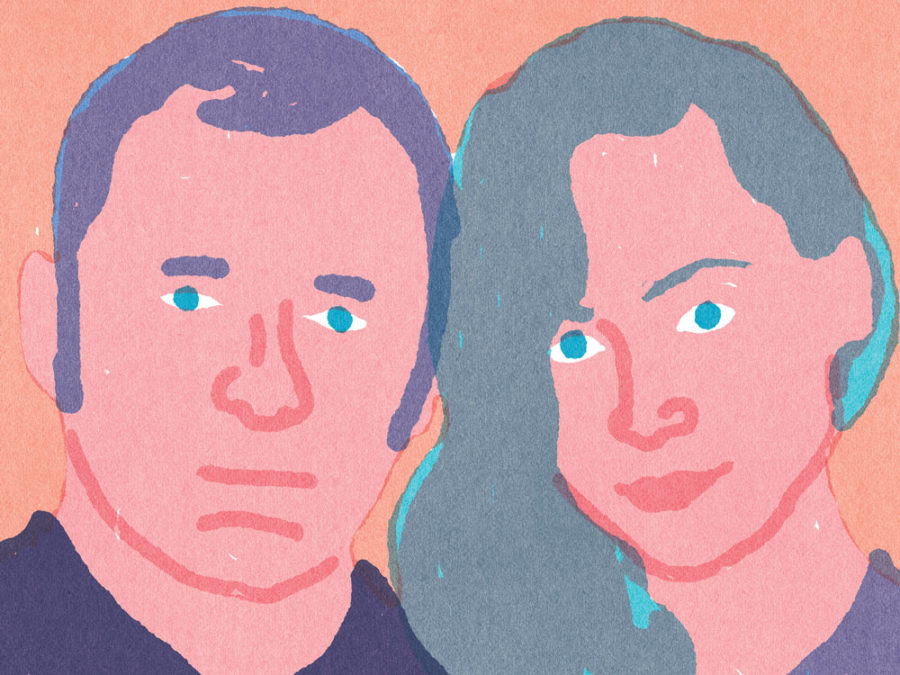 Ben Percy’s novel The Dark Net is a cracked mirror version of the digital nightmare we already inhabit and a timely, imaginative techno-thriller about the evil that lurks in real and virtual spaces, and the power of a united few who choose to fight back.

In Demon Camp, Jen Percy explores the epidemic of suicide among Iraq and Afghanistan veterans, men and women with PTSD who cannot cope with ordinary life in the aftermath of war. By embedding herself with these soldiers and finding beliefs concurrently repellant and magnetic, she enters a fanatical world that few have experienced before.

Recently, we spoke with Ben and Jen about the books they gift to others, the surprisingly moral teachings of The Gunslinger, and how Stephen Hawking blew their minds with the immensity of the universe.

JP: I’m in a Trump book club. It’s the nerdy side of me. BP: All you do is read The Art of The Deal over and over again? JP: We did read a Trump book. It was amazing because of how bad it was. Also Good Muslim, Bad Muslim; we’re doing a section on Islamophobia. I’m reading William Vollmann’s Poor People. I can’t believe it was published because it’s just so brave and offensive and different than any other kind of nonfiction I’ve read. BP: I’m in the middle of The Changeling by Victor LaValle, and it’s amazing. It’s a fairy tale set in New York City, and the opening line sets the tone. It’s, “The fairy tale begins during a garbage strike,” and that tonal mixture—it has whimsy, but then you feel like you’re reading Angela Carter at some moments, and then the next paragraph, you feel like you’re reading Richard Price. I love the way he blends street-level grit with the fantastical.

JP: Light Years by James Salter. I feel like I’m consuming something edible when I’m reading it. The sentences are so incredible, and I get so overwhelmed with a paragraph that I have to set it down afterward. I’m interested in books where the plot is not something that necessarily matters; books that are driven by a musicality and an emotional experience. BP: Short stories don’t get enough love, so I always try to push Lauren Groff’s Delicate Edible Birds on people. I think that’s one of the best collections ever published.

BP: I’d want a scientific mind and a poetic mind; the minds coming together. Somebody like Carl Sagan or Neil deGrasse Tyson on one end, and Annie Dillard on the other, and someone story-driven, like Marlon James. Having different voices coming together to examine the book in different ways would be a cool thing. JP: Denis Johnson because I like his responses to questions, which are usually, “I don’t know, and these are the reasons why” and “I’ll never know an answer to something.” I like that inability to feel like there’s always an answer. Maybe Leslie Jamison, who’s a friend of mine; she always amazes me in her ability to be open and vulnerable and still bring reporting to her work. I’m a real big fan of the mixing that’s going on in a lot of essays today. Then, I want to say someone who would be really loud and political, like Edward Said; someone who could bring in world history with a different perspective and background.

BP: "Monster" is my favorite word. But my least favorite word right now is "Trump," I have to say. I wish there was some sort of app that could eliminate everything in my news feed connected to him. JP: The word changes over time. I hate the word "intimacy." It’s something I want to write about, but the word ruins it for me because of all the associations. I’m struggling with undoing that word right now. I like when Cormack McCarthy makes up words. BP: I remember one—and I’ve used this word myself: "the horses were footed in their own shadows." In the opening of The Road, there’s that dream the father’s having while his son sleeps beside him, and there’s a beast in a cave, this albino beast. He uses the word "grenadick."

JP: I’ve given Bluets to past men who have not loved me enough. BP: Ouch. I’ve given out Donna Tartt’s The Secret History to some people, and All The Light We Cannot See by Anthony Doerr is a standard. It’s impossible not to like those books.

BP: The Gunslinger by Stephen King for me. I was in seventh grade and a total screw-up, getting in trouble for fighting and vandalism, and that summer I read The Gunslinger. This is totally corny, but when you’re 13, you’re corny. I looked to Roland as an idealized man and started to model myself after him. Some kids wear the bracelet that says WWJD: "What Would Jesus Do"? I should’ve had one that read WWRD. It was one of those books that not only swept me away, but it also had profound emotional impact, changing my behavior completely as a result. JP: I would say Virginia Woolf’s The Waves. I’d go back to books that I found in my dad’s office. He’s a physics freak, so I’d find, like, Stephen Hawking’s A Brief History of Time. I’d read that and be really disturbed by this understanding of the scientific world that upended my relationship to reality, and still has today. That knowledge of the immensity of the universe plays an important role in my life. BP: Jen was always reading these physicist books. And I’d be like, “I’m going to go read this book about trolls and orcs.”

BP: Jesus’s Son and Cormac McCarthy’s Blood Meridian; those two books have been endlessly inspiring for me. I’m completely enchanted with Jonathan Strange & Mr. Norell by Susanna Clark; that’s one of my top tens. I’m still living in that world. JP: Jesus’s Son I go back to constantly. All of James Salter’s writing, actually, and Flannery O'Connor, too.

JP: Every flight, I take a couple drugs and vanish. I don’t think I’ve ever been able to make it past a sentence before I’m out. BP: I always know when Jen’s flying because I get a series of panicked messages. She has an app that says what the turbulence is going to be, so she’s like, “The turbulence is really bad.” Or, “This isn’t a good kind of plane. This kind of plane has crashed 300 times since aviation began.” So I’ll text her a bunch of photos of kittens. JP: It turns into a picture book of kittens that Ben’s sent me. BP: One of the reasons I love flying is I’m not distracted by my phone. I can’t work on a laptop on a plane because there’s not enough room, so I’m happily in my own little world. I burned through 200 pages of All The Light We Cannot See on a flight. He deserves all the accolades—bestseller list of the world, that guy. 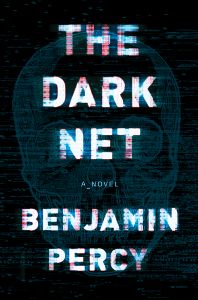 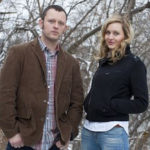 BENJAMIN PERCY has won a Whiting Award, a Plimpton Prize, two Pushcart Prizes, and a grant from the National Endowment for the Arts. He is the author of the novels The Dead Lands, Red Moon, and The Wilding, two story collections, and an essay collection, Thrill Me. He lives in Minnesota with his family.
JENNIFER PERCY is a contributing editor at the New Republic and is the author of Demon Camp, which was a New York Times Notable Book of 2014. Percy is a graduate of the Iowa Writers' Workshop where she received a Truman Capote Fellowship. Her essays have  appeared in the New York Times Magazine, The New York Times Sunday Book Review, Harper's, BookForum, The New Republic, Esquire, and elsewhere.
[email_signup id="4"]
Great! You've signed up successfully!
We are experiencing an error, please try again.