The memoirist underscores what she tells everyone to read and reveals her enduring love of libraries. 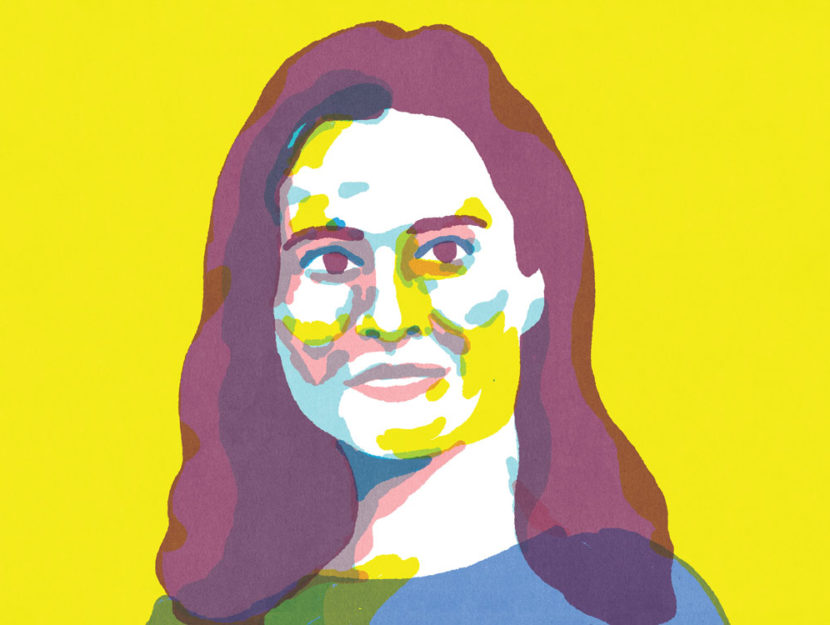 All her life, Ariel Levy was told that she was too fervent, too forceful, too much. As a young woman, she decided that becoming a writer would perfectly channel her strength and desire. She would be a professional explorer—“the kind of woman who is free to do whatever she chooses.” Levy moved to Manhattan to pursue her dream and spent years of adventure, traveling all over the world writing stories about unconventional heroines and following their fearless examples in her own life.

But when she experiences unthinkable heartbreak, Levy is forced to surrender her illusion of control. In writing The Rules Do Not Apply and unflinchingly telling her story, Levy’s captured a portrait of our time, of the shifting forces in American culture, of what has changed, what has remained, and of how to begin again.

Recently, we spoke with Ariel about her transcendent, ideal book club, why fiction leaves her in awe, and how she’d relish an escape to Villa Villekulla.

I just got Ottessa Moshfegh's new book, My Year of Rest and Relaxation; I'm excited to read that. I live on Shelter Island—there’s a nice library there, and there’s nothing to do except go to the post office and go to the library, that kind of thing, so I go a lot. I'm always reading something not new, because that's what they have, so I'm also reading this book called The Sea, The Sea by Iris Murdoch.

I tell everyone to read everything Elena Ferrante's ever written, even though everyone's like, "Yeah, I know. I've heard." But I don't think you can talk about it too much. I think the work is that great, that no one should ever stop talking about it. I just don't understand how anyone can talk about anything else; it's such good stuff.

I had this professor at Wesleyan called George Creeger, he looked like C. Everett Koop. He's dead now. I'd like him to come back from the dead to be in a book group because he was great. Talking to him about literature was the best. I need a beautiful voice, so I'd love for him to rise from the dead and be in my book group. Who else? I've never met him, but since I was just reading Lincoln in the Bardo, I'd love George Saunders to come kicking around. What an imagination! No one comes up with that stuff the way he does. I’d be interested to hear how his mind works, and to hear what he said about books. And then, let's get Anne Frank back. Let's get Anne Frank back, let's let her grow up, and let's hear what that brain turns into, and hear what she has to say about books, about writing, and about the nature of evil and humanity.

Pippi Longstocking. There are so few stories about little girls who are adventurers and independent. I like all sorts of stories about some unlikely creature having to make a go of it on her own. It's all sort of Robinson Crusoe, but weirder and with a girl. I liked books like that, and Pippi is obviously the ultimate. I liked her little red pigtails and a horse on the porch. I also liked that it was called Villa Villekulla, and the idea of a house on the edge of town that was overgrown and wild and waiting for you; wherever you were out in the world, there was this safe little place at the edge of the earth waiting for you to come home.

Emma by Jane Austen. My friend Kathleen Shine, who's a novelist, she told me that before she wrote a novel, she would always reread Emma. I don't write novels, but it's almost like a rom-com, there was that sense of deliciousness. I know what's gonna happen. I know how it sounds. I know how it feels. I know who the characters are. It's very comforting, that book. So cozy!

Fiction. I would read novels. I can’t write fiction, so it seems really special and magical to me. And I think occupying that level of absorption—really good nonfiction writers can do it, too. Reading Katherine Boo, Behind the Beautiful Forevers. It's as absorbing as a novel. She's quite something. But in general, unless you hit the jackpot in a nonfiction book, like a Kathryn Boo or David Grann, novels are that other absorbing, magic world. As a nonfiction writer, I should give it up for nonfiction. It just seems less mysterious to me because I know how to do it, whereas I don't know how people write novels.

192 books, on the corner of my block in Chelsea, is my very fave. I was just in Oslo because there's a Norwegian translation of The Rules Do Not Apply, and there’s a culture house; they had a beautiful book store in there. I liked that a lot. When I was going around the United States, Elliott Bay and City Lights, but 192, it's my special favorite. That's my home spot. Before I lived in Chelsea, The Strand was it. When I used to work at New York magazine, when I was young, we would all sell our galleys back there. There were mountains of galleys getting delivered, and you could use that credit to buy other books at The Strand. That was exciting.

I haven't been on a long flight in a long time. I read Elif Batuman's The Idiot on a plane. She can write fiction and nonfiction, which impresses me. That, to me, is amazing. 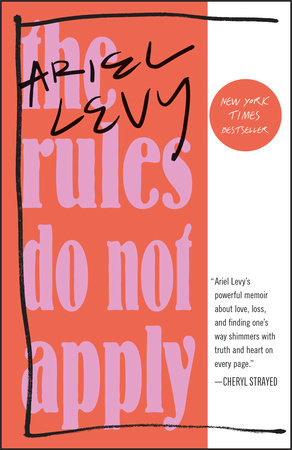 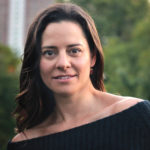 ARIEL LEVY joined The New Yorker as a staff writer in 2008, and received the National Magazine Award for Essays and Criticism in 2014 for her piece “Thanksgiving in Mongolia.” She is the author of the book Female Chauvinist Pigs and was a contributing editor at New York for twelve years.
[email_signup id="4"]
Great! You've signed up successfully!
We are experiencing an error, please try again.