The activist and author of Tomorrow Will Be Different on the book she espouses to readers and the surprising last read she devoured on a flight. 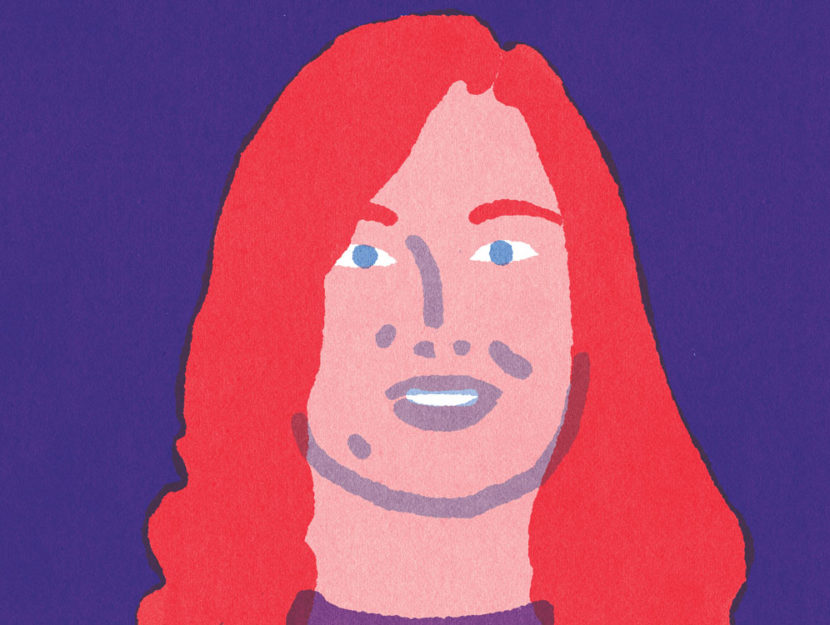 Before she became the first transgender person to speak at a 2016 national political convention, Sarah McBride struggled with the decision to come out. But it wasn’t until the Facebook post announcing her truth went viral that she realized how much impact her story could have. McBride became a prominent transgender activist, walking the halls of the White House, advocating for new laws, and addressing the country in the midst of a heated presidential election. Tomorrow Will Be Different is McBride’s story of love and loss, and a powerful entry point into the battle for equal rights and what it means to be openly transgender.

Recently, we spoke with Sarah about her latest read, the one word she loves most, and the book that continually inspires her in hopeful and turbulent times alike.

Right now, I’m reading What Happened by Hillary Clinton. I'm working my way through it, but it's taken time because it's emotional to relive and experience what I imagine it was like for her to write it. That's on my bedside table and in my backpack as I travel. I find I have to put it down because it makes me really sad. I can't read more than a chapter in a sitting.

I'm a big nonfiction reader, and the book I always recommend to anyone is Team of Rivals. I absolutely love Doris Kearns Goodwin's writing, and the way she tells the individual stories of all the different cabinet members with all that backstory, and then drops them into the chaos and drama of presiding over the Civil War is just incredible. It's probably the most profound book on leadership I've ever read. Just reading about how Lincoln managed people, managed popular opinion, managed a cabinet, and the subtlety and leadership with which he did it feels so organic—like it was invisible in many cases. It’s a helpful lesson in leadership for anyone.

The word that I love—and I say it all the time because it's relevant to my work—is authenticity. I think if you approach any aspect of your life with authenticity, it tends to pay dividends. Generally speaking, people can sense when you're not being upfront, when you're not talking about what you really mean. And authenticity is a word that obviously is special to me as someone who is transgender and spent the better part of my life trying to live authentically, but I also think it's the foundation for any kind of advocacy or leadership. And what I hate, I don't know. Dream was a big word I used a lot in my manuscript. But I don't hate the word dream; I wouldn't be using it so much if I hated it.

I’ve given Jennifer Finney Boylan's memoir She's Not There, as a gift to a number of people, including my parents, early on in my transition. I think her book was one of the first to really bring the trans experience to a broad audience in an incredibly humanizing way. She's just such an authentic and empathetic person in everything she does, and that includes her writing. I've never met her in person, but we obviously know each other on social media. Regardless of whether you're with her in person or not, she’s a comforting figure.

I'm going to give a broad answer: every book I read about history stuck with me because it was clear there was no one like me or like them. And that fact was probably one of the single largest contributors to me staying in the closet; it reflected the fact that my dreams and my identity are mutually exclusive. That's what's so powerful about any person from our community who dares to tell their story, particularly in a book, because it creates a little bit more space for someone else to see themselves living fully and freely. We know the power of representation, whether that's representation in politics, in popular culture, in literature. It has a transformational impact on the ability of people to gain courage and confidence. Not just gaining information to accept and embrace others, but the courage and confidence to accept and embrace themselves.

I read Dreams from My Father after Barack Obama spoke at the 2004 Democratic Convention. We were sitting on the floor in my bedroom watching him speak and being so taken with him, and then to read about someone who's struggling in a different way with their identity, their place in the world, and how their identity interacts with the world—to read that story and now, 25 years later, to see where he ended up is incredibly powerful and inspiring for me. I feel incredibly lucky to have come of age in the time of Obama. Regardless of what's happening in our politics right now, the fact that his story is possible gives anyone who struggles with a world that tells them who they are is wrong—and who they are is mutually exclusive with what they want to be—hope that things are changing and that they, too, can dream big dreams and live their truth.

The last book I read on a flight was a biography on George H.W. Bush, the Jon Meacham biography Destiny and Power that was written in conjunction with Bush. One of the things I really, really appreciated about that was similar to my appreciation for Team of Rivals: I think it demonstrated the art of statecraft, or foreign policy in general—navigating these difficult and, at times, conflicting personalities, relationships, and interests around the world, in a way that’s somewhat divorced from the pettiness of domestic policy and politics.

Clearly there's a trend of presidential biographies, but I'd choose the stories and histories of social movements in this country. If there's one thing that every movement for civil and human rights in our nation demonstrates, it’s that activism can be the art of making the impossible possible. In retrospect, it's easy to think these movements and changes were inevitable, that they happened organically, and they were predictable. I think in many ways we can predict the universe, but 20, 30, 50 years before the thought of every same-sex couple in this country being able to legally marry, or people of color having the right to vote, or women having the right to vote was impossible, and in many cases was laughed at. Seeing that change and studying that change inspires hope in these somewhat difficult times, and I think it's an incredible study in the perseverance and capacity of humanity. 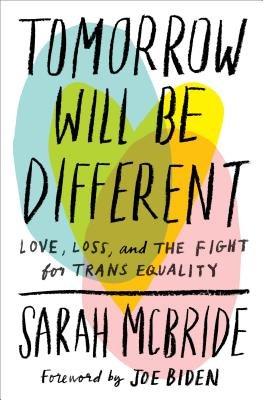 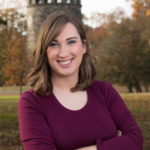 SARAH MCBRIDE is a progressive activist and currently the National Press Secretary at the Human Rights Campaign, the nation’s largest LGBTQ civil rights organization. In 2016, Sarah made history when she became the first openly transgender person to address a major party convention. Tomorrow Will Be Different is her first book.
[email_signup id="4"]
Great! You've signed up successfully!
We are experiencing an error, please try again.