The Tell Me More author chats about her ideal book club (it involves vacationing with Sedaris!) and the musicality behind a literary classic. 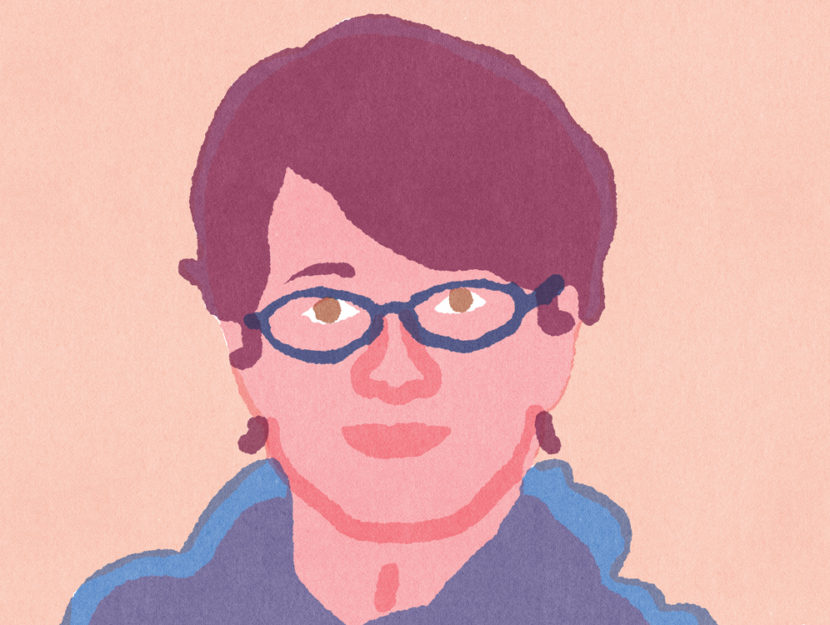 Told with her streetwise, ever-relatable voice, Kelly Corrigan’s most recent essay collection, Tell Me More, is a moving, meaningful take on the power of the right words at the right moment to change everything.

Recently, we spoke with Kelly about one of the most physically affecting reads she’s ever experienced, the unorthodox word she sneaks into everything she writes, and the book that’s like getting a massage from the inside out.

I'm reading this book, The Inward Empire, by Christian Donlan. He has multiple sclerosis, and his daughter's quite young. His cognition is declining while hers is increasing. It's really beautifully done; it reminds me of When Breath Becomes Air. It's a person who's scientifically-inclined looking at these softer subjects. I love it.

Gilead by Marilynne Robinson. It's just so magnificent; it's stunning. I've read them all, and they're all phenomenal—she’s such a gift of an experience. But when I read Gilead, I was like, “This book is affecting me physically. My breath is slowing down, I'm in a trance.” And that's something. It was just page after page. It's a letter from a dying man to his son about his life, his loves, his faith, all his worries, and his regrets. It sounds trite, like a cheat of a setup. But there's nothing trite about it. He's a pastor and he's tried to live a life of faith, but he totally cops to all his shortcomings. And the things Robinson can do with language—it's like getting a massage from the inside out, reading that book.

That's so fun. Another book Marilynne Robinson wrote is called Lila. It's this woman who's desperately poor, and she marries the pastor, so it's the same cast of characters. She's so fascinating, in so much pain, but she's a seeker. I would love to talk to her more. I want to sit with David Sedaris all day long. I want to go on vacation with David Sedaris. I know, and really love, Michael Lewis. He's one of the best storytellers I've ever been with in person and on the page, and I credit him with explaining the subprime mortgage crisis to me in a way that I could understand. That book was a total page-turner. I love Anne Lamott personally and on the page. I really love Ayelet Waldman because she's so blunt and honest in a way that 99% of people are not. She really says everything she thinks, and it's a gift to know someone is laying it out there like that.

I used to love the word inconspicuous. I definitely like the K-sound, so I like the word smack. I'm a person who, if you use a word that I like conversationally, I say, “Thank you so much.” The other day, someone called somebody an ass clown. And I was like, “Thank you so much for ass clown. That's really going to work for me; that's a new pejorative I hadn't heard.” Another word I really like is snot. I used the word snot in The Middle Place, and my editor put a parentheses that said, “Kelly—snot?” Ever since then, I've made it my business to put the word snot in every book I've written. It's a little like Where's Waldo? And I hate the word all women hate: moist. Nobody wants that word.

I've definitely given Gilead to a lot of people. I've given The Rules Do Not Apply, which came out maybe a year ago. Ariel Levy's a really cool, really interesting thinker and writer, and she has a fascinating story that I’d never heard before. She has beautiful word choice and sentence construction. If you saw my copy of The Rules Do Not Apply, there are scribbles on every page, little smiley faces, and stars, and these giant checks, and underlines, and "Wow!" The animating force of it—the idea about following the rules, or not following the rules, and are you really allowed to make up your life, and what are the rules you cannot break, and it coming down to nature—it's fascinating.

The first book that I ever loved was To Kill a Mockingbird. It was that voice—I could hear it, like music in my head. For me, it was almost functioning as an audio book; she was right there in my ear. I was so terrified of Boo Radley and so mystified by what little gift you might find in the tree. And I was intrigued by Jem and Scout, that relationship. I have two older brothers, so I was commiserating with her about how desperate she was to be with Dill and her brother, and how much they were pushing her away. And then the musicality and the drama of the courtroom! I so admire a book where we can have compassion for every character, even the most dreadful, or sinful, or destructive.

David Sedaris never fails. I really admire him in a specific way, which is: you think you're reading a story about a guy sitting next to an ass on a plane. And you keep going. It's so entertaining on that level, it's plenty satisfying. You’ve gotten your money's worth on that level alone. And then right at the end, he drops something in there that's like, “Oh my god, I can't believe you.” It wasn't just cheap comic fodder. There's something inside that. George Saunders is phenomenal beyond phenomenal. Tenth of December was a revelation for me. I also really love Lorrie Moore, like Who Will Run the Frog Hospital? She's brilliant and has such a light touch.

Book Passage. It's owned by this woman, Elaine, who created this whole second life for herself. She started this bookstore, and she’s getting it done. Barack Obama goes to Book Passage. Stephen King goes to Book Passage. Toni Morrison goes to Book Passage. It's the only stop on the tour that's a must, and she packs the house. Five nights a week, she's got people—that place is busting. I particularly love her because I just found out that I'm going to interview Alec Baldwin. Elaine often puts me in conversation with people. That's been the most fun ever for me—the perk of all perks. I think I'm number one on her roster, if you want to know the truth. I mean, if I got Alec Baldwin, I can only assume that I'm number one. 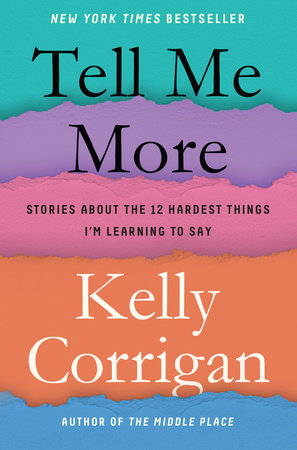